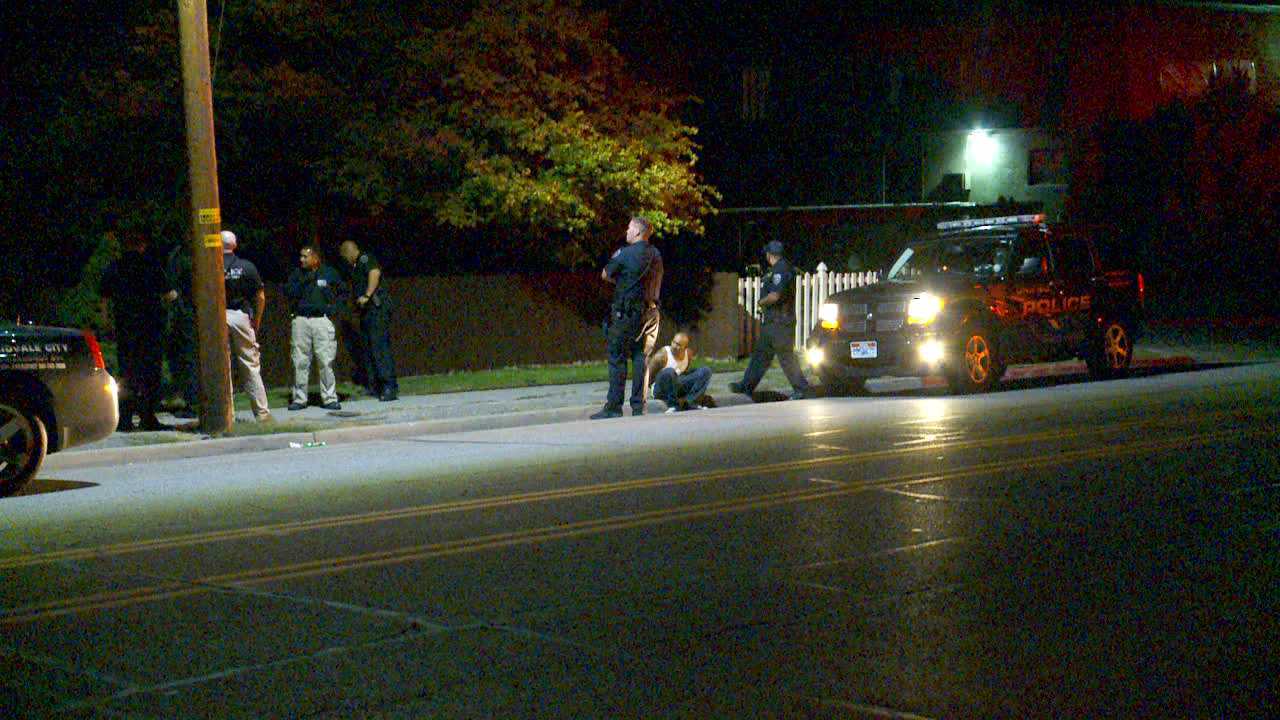 MIDVALE, Utah – Police in Midvale are looking for a suspect in a shooting early Saturday morning.

Police say a 22-year-old man was standing outside at apartment complex at 795 West Wasatch Street at around 1 a.m. when the suspect came up and opened fire.

The victim was hit by one bullet. His injuries were minor and he was treated at the scene. A car parked in the parking lot was also hit by a bullet.

Police say the suspect may have left the scene in a white SUV.

“Right now all we know is that there’s at least one suspect involved in this, possibly a white SUV and that’s all we know about the suspect,” said Unified Police Lt. Justin Hoyal.

Based on their initial investigation, officers believe the shooting is random and gang-related. They say the victim didn’t know the suspect.