RIVERTON, Utah - Two people were arrested after police say they released an aerosol chemical inside a Riverton Walmart on Saturday.

Hoyal says that around 4:15 p.m. Saturday, multiple people inside the Walmart located at 13502 South Hamilton View Dr. (3550 West) in Riverton, reported that they were suffering the effects of a chemical exposure. The Walmart was evacuated and approximately 80 victims were treated on the scene and three were transported to local hospitals.

An investigation determined that the aerosol chemical was pepper spray typically used for self-defense. Unified Police released a photo of three people they believed were involved in the incident and, at around 9 p.m., they say a tip from one of the suspects' parents led them a residence in Herriman. All three of those suspects were at that residence and were interviewed by police.

It was determined that the third suspect was actually a victim as Crane had allegedly attempted to spray him as well. Crane and Durrant were both arrested and booked into the Salt Lake County Jail. The third suspect/victim was released.

"Through the investigation, they determined one of the suspects was actually a victim in the case, is friends with the other two suspects but they had also tried to spray him with the pepper spray that was used," said Hoyal.

Police say Crane and Durrant told them they were just horsing around. Durrant reportedly had pepper spray in her purse and Crane allegedly grabbed the canister and started spraying in the toy and infant clothing sections of the store.

Durrant is charged with one count each of class B misdemeanor assault and third degree felony obstructing justice. She is out of the Salt Lake County Jail on pre-trial release. 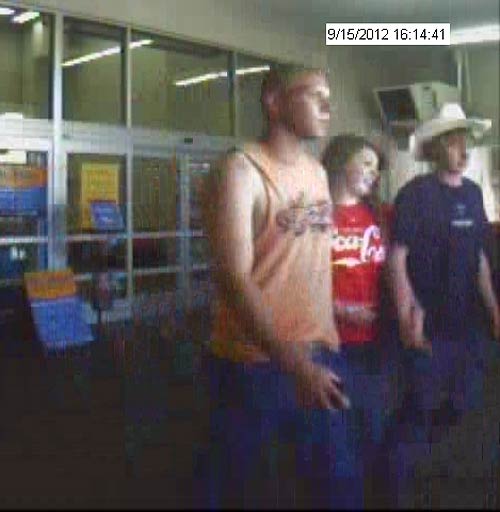