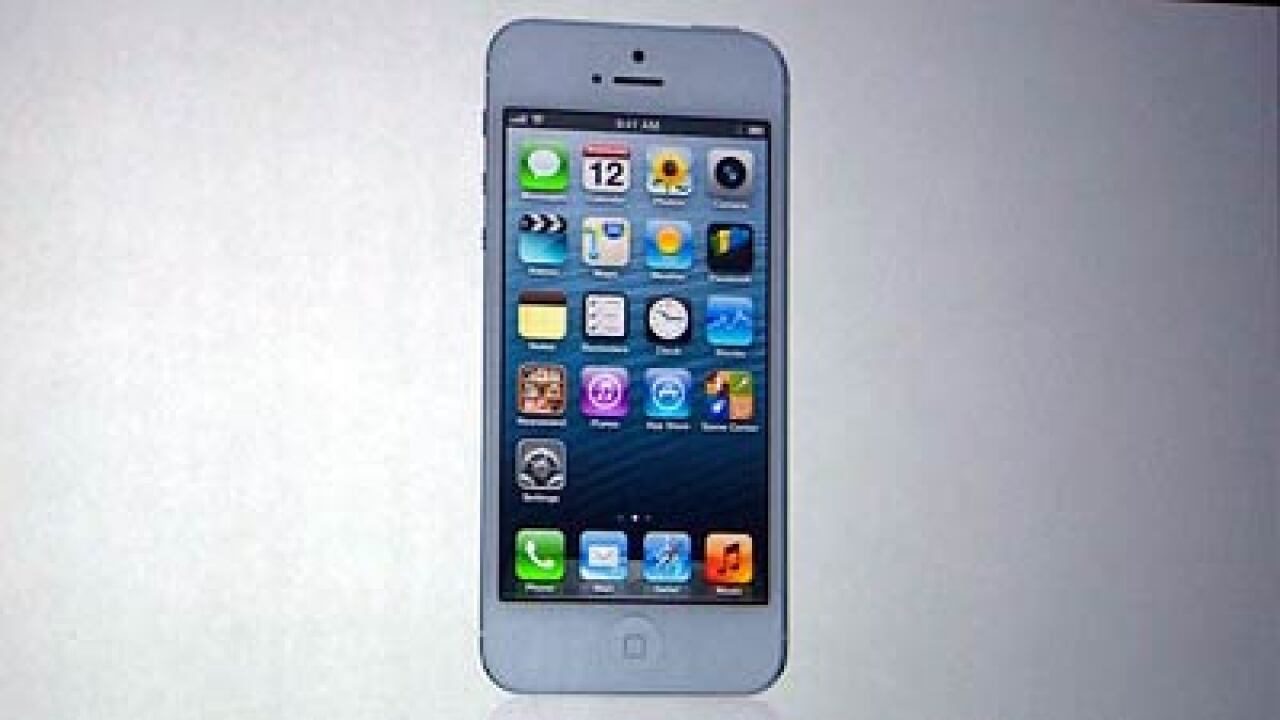 Apple announced on Monday pre-orders of its iPhone 5 topped two million in the first 24 hours of it being on sale. That is more than double the previous record of one million held by the iPhone 4S, according to the company.

(CNN) — The rush to be the first kid on the block with the latest iPhone is on.

At midnight on Thursday, the new iPhone 5 became available for pre-order online though the Apple, Verizon, Sprint and AT&T sites. On Friday, major online outlets had already moved their estimated shipping dates back, indicating a large volume of orders or limited supply of iPhones ready to ship next Friday, September 21.

In the U.S., Apple says new iPhones pre-ordered online now will ship in two to three weeks. AT&T is estimating that all versions of the iPhone 5 — black and white; 16GB, 38GB and 64GB — will start shipping in 14 to 21 business days, which is the first week of October. Verizon is listing its delivery date as Friday, September 28.

As of this writing, Sprint was the only outlet still posting the September 21 shipping date, and that was only for the two larger models. The 16GB iPhone 5’s shipping date is listed as “up to two weeks.”

The shipping times began shifting back just an hour after the phones first became available, according to the MacRumors blog.

Apple and other outlets are not yet sharing numbers for how many units have been pre-ordered. AA Verizon spokesperson told CNN only that “Dates are based on order volumes so customers have a realistic expectation as to when they will get their new iPhone 5.”

An Apple spokesperson told AllThingsD that the company was “blown away” by the response.

Eager iPhone fans who simply must get an iPhone on day-one might have better luck with one of the stores offering in-store pre-orders. Best Buy isn’t taking orders for the iPhone 5 online before its Sept 21 launch, but customers can go into a Best Buy location to pre-pay for the device and return to pick it up on launch day. The advanced difficulty level — standing up, getting dressed, leaving the house, commuting to a Best Buy — might mean less competition for pre-order units. A Best Buy in San Francisco had between 40 an 50 people walk into pre-order the iPhone 5 on Friday.

Walmart is also offering in-store pre-orders for the first time, Bloomberg reported, but it appears the retail giant is only offering the 16GB iPhone 5, not the larger capacity versions.

There’s also the often overlooked Radio Shack. Radio Shack locations are taking pre-orders, but the locations usually only get a small number of units on the first day.

Target typically carries the iPhone, but at this time the site makes no mention of the iPhone 5. The iPhone 4S is still listed as available.

A final option is to wait in line on September 21 to buy a unit. iPhone launch days tend to draw lines of enthusiastic Apple fans to Apple stores around the country, many camping out overnight. Some entrepreneurial types offer their line-standing services on Craigslist, making as much as a few hundred dollars holding the spot for someone else.