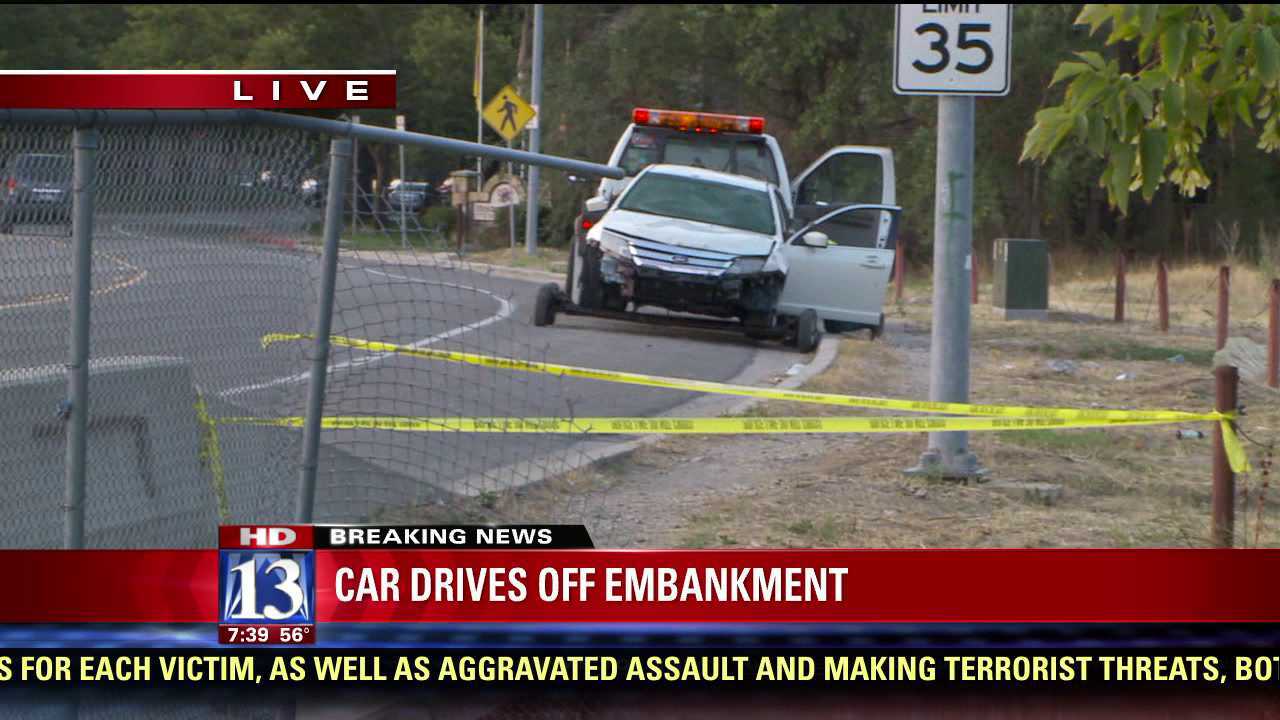 MURRAY, Utah -- A 25-year-old woman is recovering after driving her car off an embankment in Murray Monday morning.

Murray Police said the woman was going north on Murray Boulevard (500 West) near 4800 South just before 6 a.m.. She said she swerved at a curve to avoid a dog in the roadway.

The car went through a chain link fence and down an embankment into Little Cottonwood Creek. When police arrived, they found the woman inside the upside-down car. She was wearing her seat belt.

"The woman was hanging upside down still in her seat belt," said Sgt. Brian Wright, Murray City Police Department. "Officers were able to get in the water and open the door and assist her in exiting the vehicle."

Police said she had a few minor injuries and was very cold. The car sustained major damage to the front end.

Murray police said they do not believe the woman was speeding at the time of the crash.