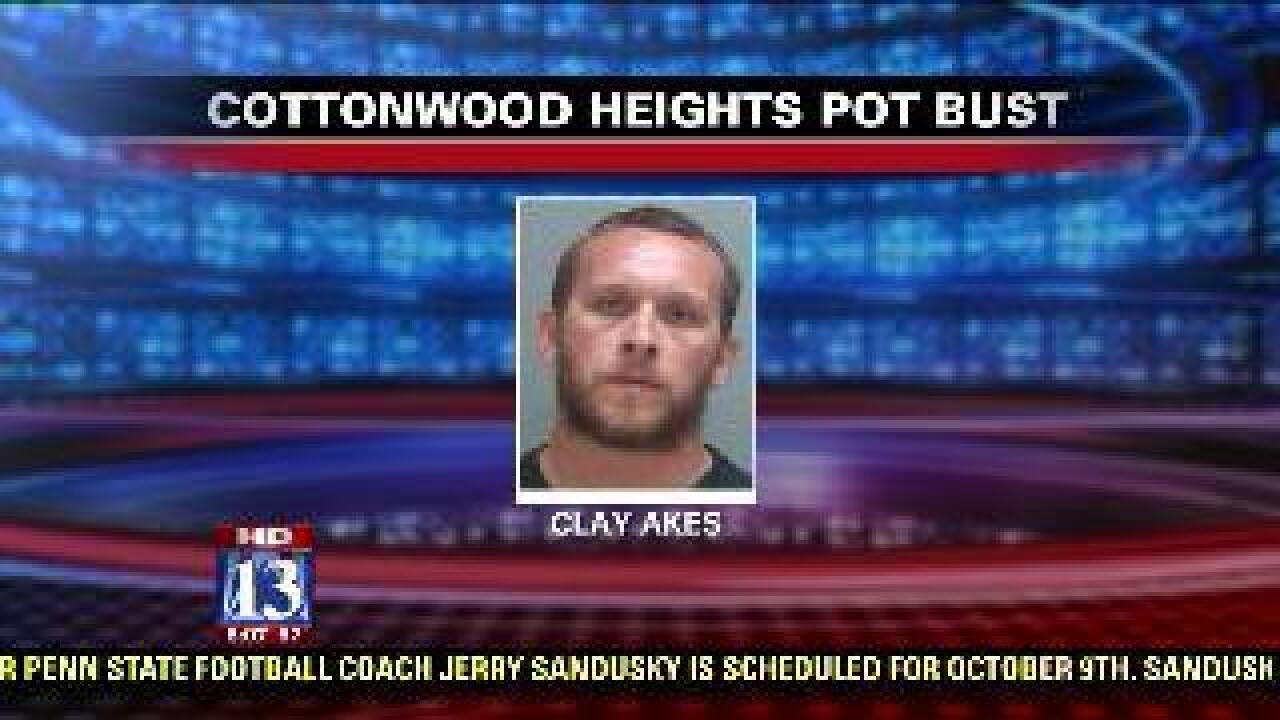 COTTONWOOD HEIGHTS, Utah -- Cottonwood Heights Police say they sniffed out a marijuana growing operation while working on another call.

Police say they followed a strange smell to a home nearby and found several mason jars filled with marijuana along with some drug paraphernalia in an upstairs bedroom.

Police say they found a growing operation in the basement.

Clay Akes, 33, was booked into the Salt Lake County Jail for possession of marijuana with intent to distribute as well as weapons and drug paraphernalia violations.

Investigators say they also found weapons in the home, a shotgun and a rifle in the closet as well as a loaded handgun hidden between the mattress and box spring of a bed.