Weber County Sheriffs say a driver was talking on her cellphone when she crashed into a school bus Wednesday morning.

The crash occurred around 8 a.m. in an unincorporated area of Weber County, near 5600 S 3600 W. The car hit the left rear side of the bus, causing the passenger side of the car to crumple underneath the bus. No students were on the bus at the time of the crash.

The driver of the car sustained minor injuries and was transported to an area hospital.

“I’d say the driver was very lucky!,” said a posting made by the Weber County Sheriff’s Office on their Facebook page.

A lieutenant from the Sheriff’s Office said the driver of the car will be cited, but did not disclose the nature of the citation(s). 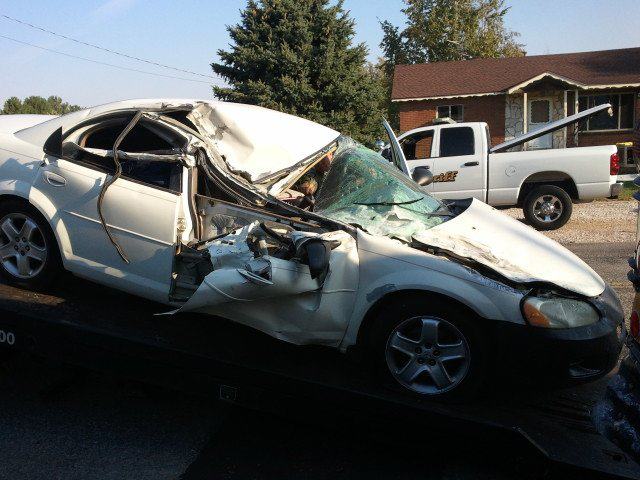