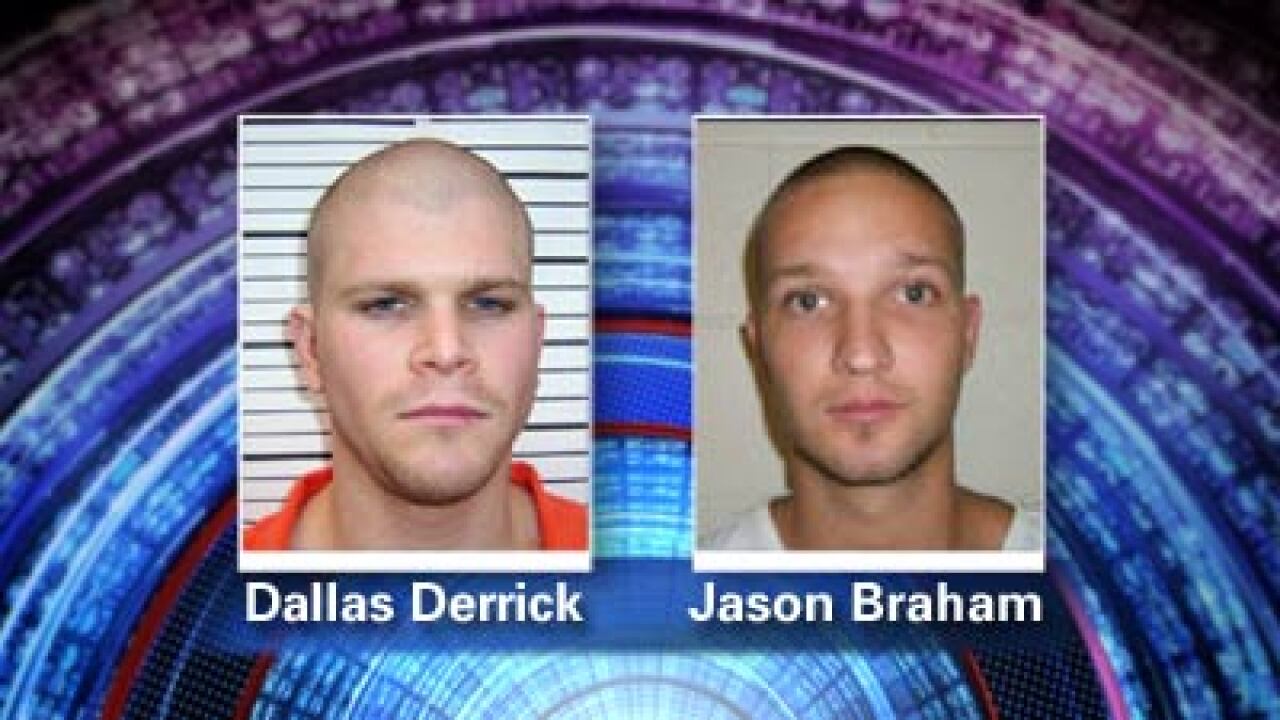 VERNAL -- Police statewide are looking for a pair of inmates who escaped from the Uintah County Jail.

Jason Max Braham, 21, and Dallas Ephraim Derrick, 31, escaped from the jail overnight, corrections officials said. The men were working as part of a laundry crew. Uintah County Sheriff's deputies said they kicked out a dryer vent in the laundry room, crawled through it and jumped out a window according to authorities.

Authorities told FOX 13 they believe the two men had plotted their escape for some time, but did not know how long.

"We have them on camera walking across the parking lot. We had tracked them with a dog where they jumped the fence," said Undersheriff John Laursen. "We tracked them down to the area where the vehicle was stolen from, about half to three-quarters of a mile from our facility."

The vehicle is a green 1996 GMC Yukon with Utah License plate: 612 MPM. As of Wednesday afternoon, Laursen said there had been no sightings of the men.

Derrick is described as a Caucasian, five feet 9 inches tall and weighing about 170 pounds. He has a shaved head and blue eyes. He has tattoos on his left arm of a skull, clown, and spider web. He is from Logan.

Braham is described as a Caucasian, five feet 9 inches tall and weighing about 145 pounds. He has a shaved head and green eyes. He is from the Ogden area.

The Utah Department of Corrections said Wednesday it had officers looking for the men along the Wasatch Front, where they have family and other contacts. The men, who were serving time for relatively minor crimes, were elevated to "high risk inmates" because of the escape, said corrections spokesman Steve Gehrke.

UDOC Executive Director Tom Patterson was in Vernal on Wednesday, and the agency said a security review of the jail would be conducted. It came the same day a Utah Legislative Committee heard a report on whether to increase placing state prison inmates in county jails.

UDOC said if the men are encountered, people are urged not to make contact with them but to call 911 immediately.