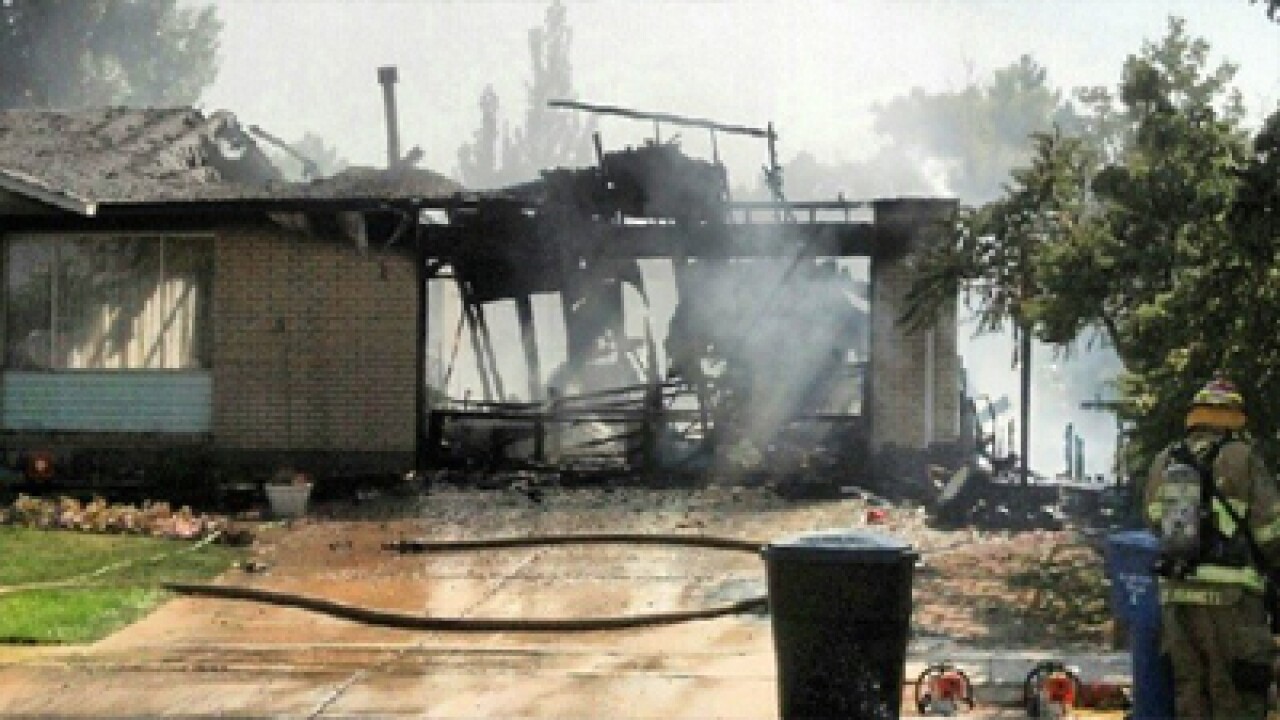 TAYLORSVILLE, Utah - Six people are displaced after a two-alarm house fire in Taylorsville on Thursday afternoon.

The fire started just after 2 p.m. in the garage of the home located at 3785 West Dimrall Drive (5585 South) and quickly spread to the house next door, catching the
attic and roof on fire. Nearby residences were evacuated as a precaution as Unified Fire Authority crews were forced to go into defensive mode while fighting the fire.

A total of six people - five in the first home and one in the second - were displaced in the fire, which caused an estimated $250,000 in damages. No one was injured and the Red Cross is helping the displaced residents.

The cause of the fire is under investigation, but authorities say the residents of the home where the fire started were undergoing a cabinet project, which may have sparked the blaze.