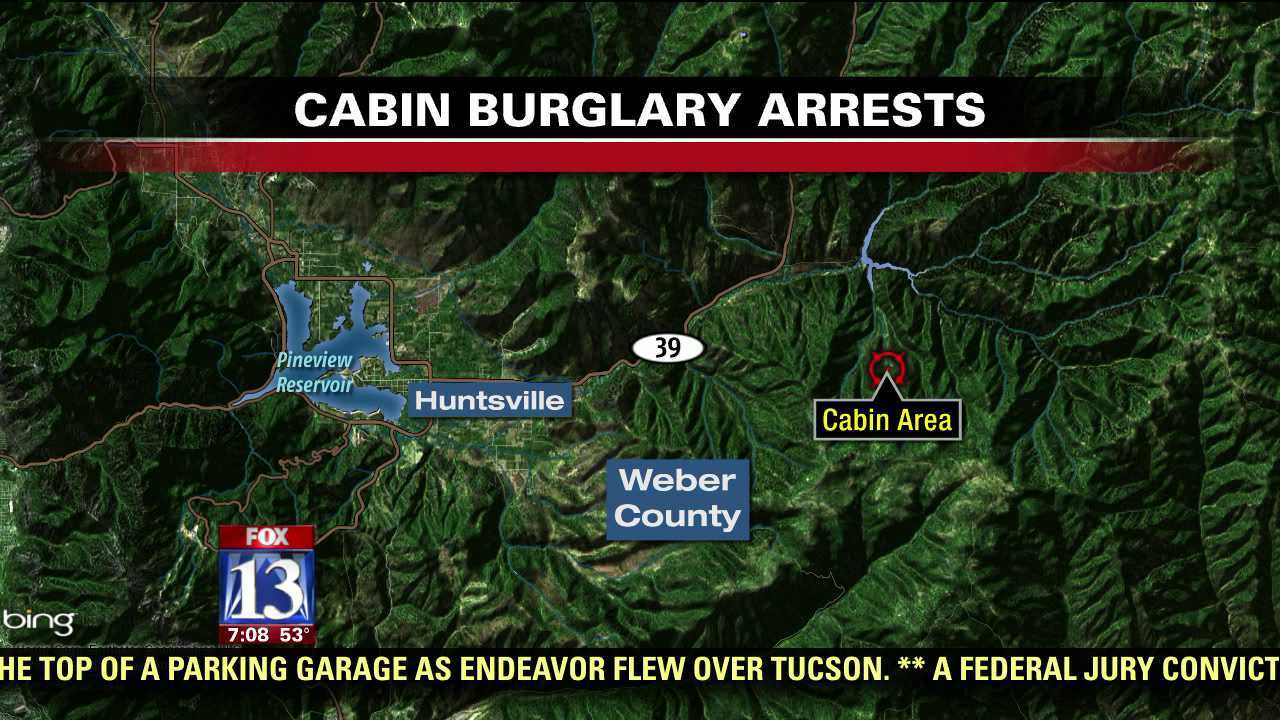 WEBER COUNTY, Utah — Three men have been arrested Friday after investigators said they broke into a cabin in Weber County.

A neighbor said the men were walking down a dirt road inside a locked gate, and hiding from cars that drove by, according to Weber County Deputies.

When deputies came to investigate, they said the suspects began throwing items from the roadway into a ravine.

Investigators says the men stole tools, power equipment, and electrical wiring. There was extensive damage to a cabin nearby.