(CNN) — The last space shuttle to grace the skies, Endeavour, ended two decades of glorious flights Friday, wowing onlookers as it descended onto a runway at Los Angeles International Airport atop a modified Boeing 747 jet at 12:51 p.m. PT.

A crowd 5,000-strong, according to the Los Angeles County office of emergency management, gathered on a bluff overlooking the airport to watch Endeavour’s low-altitude flyover and final touchdown.

Daniela Derderian brought her son Michael, 7, and her daughter, Angela, 5, to the landing.

“It’s a piece of history. It’s the closing of an era,” she said. “I remember when the Columbia exploded. This is like the end of an era of man traveling in space, especially with Neil Armstrong just dying.”

Endeavour, ferried by jet, lifted off for the last time at 8:17 a.m. PT on Friday, leaving Edwards Air Force Base, California,for a farewell tour through the Golden State’s skies over Sacramento, San Francisco, and Los Angeles. NASA had delayed Friday’s takeoff by an hour hoping to reach San Francisco under clearer skies, according to the space agency’s website.

It was the final leg of a three-day, three-stage cross-country trip that NASA designed to show off Endeavour in the sky to the American public. The space agency encouraged onlookers to share their sightings of the airborne spectacle on social media via the hashtags #spottheshuttle and #OV105, the later being Endeavour’s “vehicle designation.”

Endeavour will need to be removed from its perch atop the Boeing 747 that carried it cross-country from Florida’s Kennedy Space Center. Its final destination is the California Science Center in Los Angeles, where it will go on display for posterity.

Endeavour, along with Discovery, Enterprise and Atlantis, became a museum piece after NASA ended its 30-year shuttle program in July 2011. All four shuttles have been permanently retired from service.

NASA said Endeavour will be moved via roads on October 12-13 to its final spot at the science museum.

On Thursday, it flew low over Tucson, Arizona, where Mark Kelly, who was the commander on the last Endeavour mission, watched with his wife, former U.S. Rep. Gabby Giffords, before touching down at Edwards Air Force Base in California.

“The space shuttle is really a testament to American engineering and ingenuity,” he told CNN affiliate KOLD. “It is the most amazing spacecraft ever built, by far.”

His wife had watched the launch of his mission but missed the landing, so it was great for her to see the shuttle in the air, he added.

Two other shuttles — Challenger and Columbia — were destroyed in accidents that killed all aboard. Challenger exploded shortly after launch in 1986, and Columbia broke apart upon re-entry into Earth’s atmosphere in 2003.

Endeavour’s three-day piggyback flight was divided into three legs that could be described as scenic routes to showcase the shuttle to the public from coast to coast.

As Endeavour bid farewell to Kennedy Space Center, it elicited strong emotions from people — such as CNN iReporter Randy Lathrop of Cocoa, Florida — who have lived with the shuttle program nearby for decades.

“It’s the last time that she’ll ever be at her home base again. It strikes a chord of nostalgia in you because she’s done so many flights from the space center. This is her home,” Lathrop said.

Named for the first ship commanded by British explorer James Cook, Endeavour rolled out of an assembly plant in Palmdale, California, in 1991 at a cost of $1.7 billion. It was the baby of the shuttle fleet, built as a replacement for Challenger.

Over the next 20 years, Endeavour flew some of the most high-profile shuttle missions, covering 25 flights and nearly 123 million miles. It flew a Spacelab mission and numerous International Space Station assembly missions and rendezvoused with Russia’s Mir Space Station. 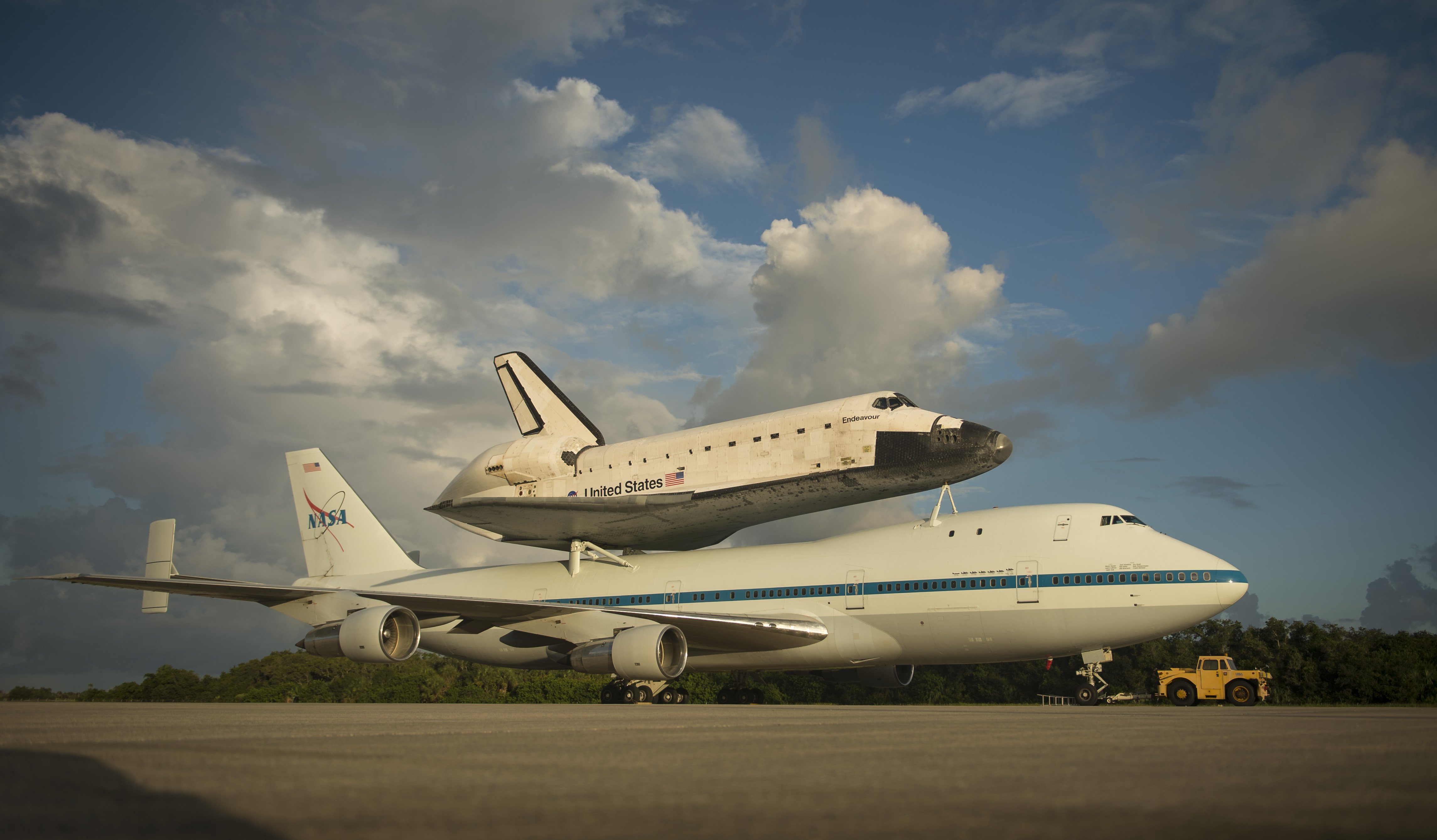