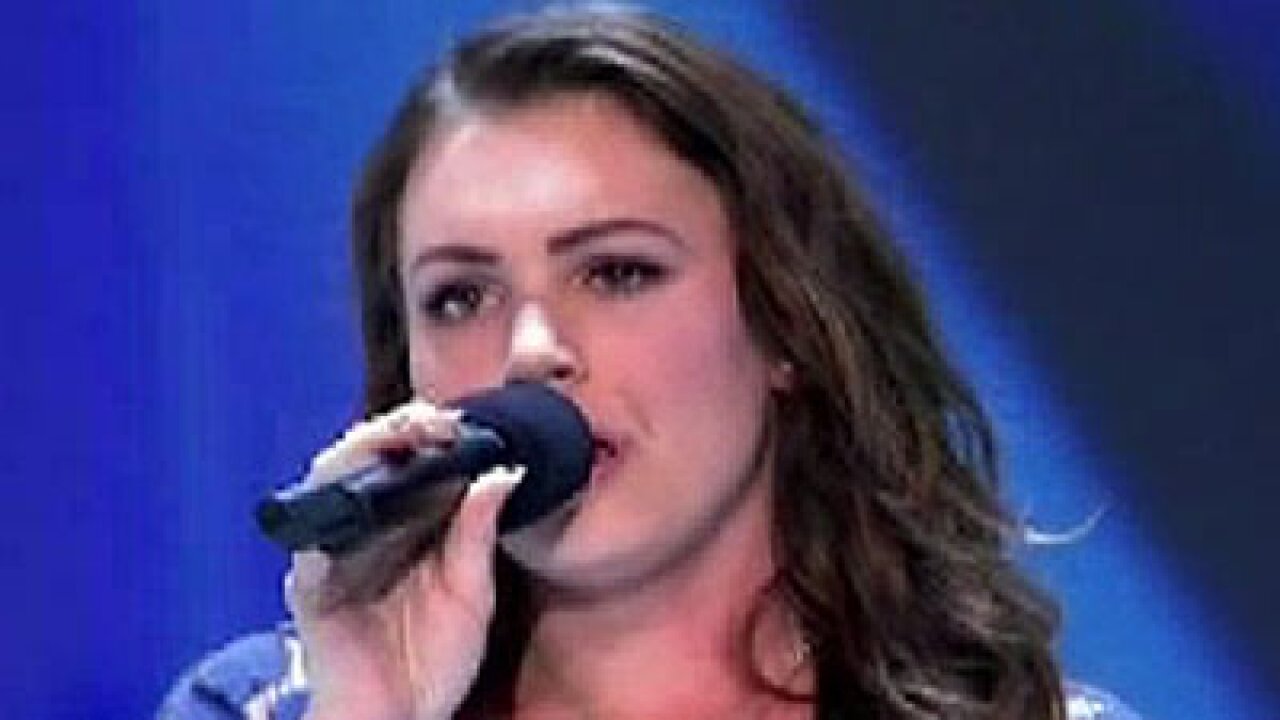 (CNN) — Every now and then, one of our endless singing competitions stumbles upon the offspring of a celebrity – and, it would seem, with mixed results.

And now, on this season of “The X Factor,” we’re hearing from KISS rocker Gene Simmons’ 19-year-old daughter, Sophie.

The hopeful singer appeared on the show this week along with her parents, and explained to judges Simon Cowell, L.A. Reid, Demi Lovato and Britney Spears that she’d kept them in the dark about her audition ambitions until the day before.

“They’re pretty upset with me,” Sophie said. “I just didn’t want any help.”

And with that she gave a humble rendition of Adele’s “Make You Feel My Love,” a performance that left L.A. and Demi wanting more but seemed to impress Britney and Simon. (The typically biting judge praised Sophie, saying that he thought she has “a very, very interesting tone,” and that he liked that she “took on this song” and made it her own.)

Despite the mixed reviews, Sophie was allowed to stay in for another round.

“I grew up with music, but I didn’t want my dad’s help with it,” she told “The X Factor’s” cameras. “It’s a big shadow. I really just want to step out from being the daughter of the guy from KISS. I want to be my own person, and hopefully this is a way to show the world who I am.”