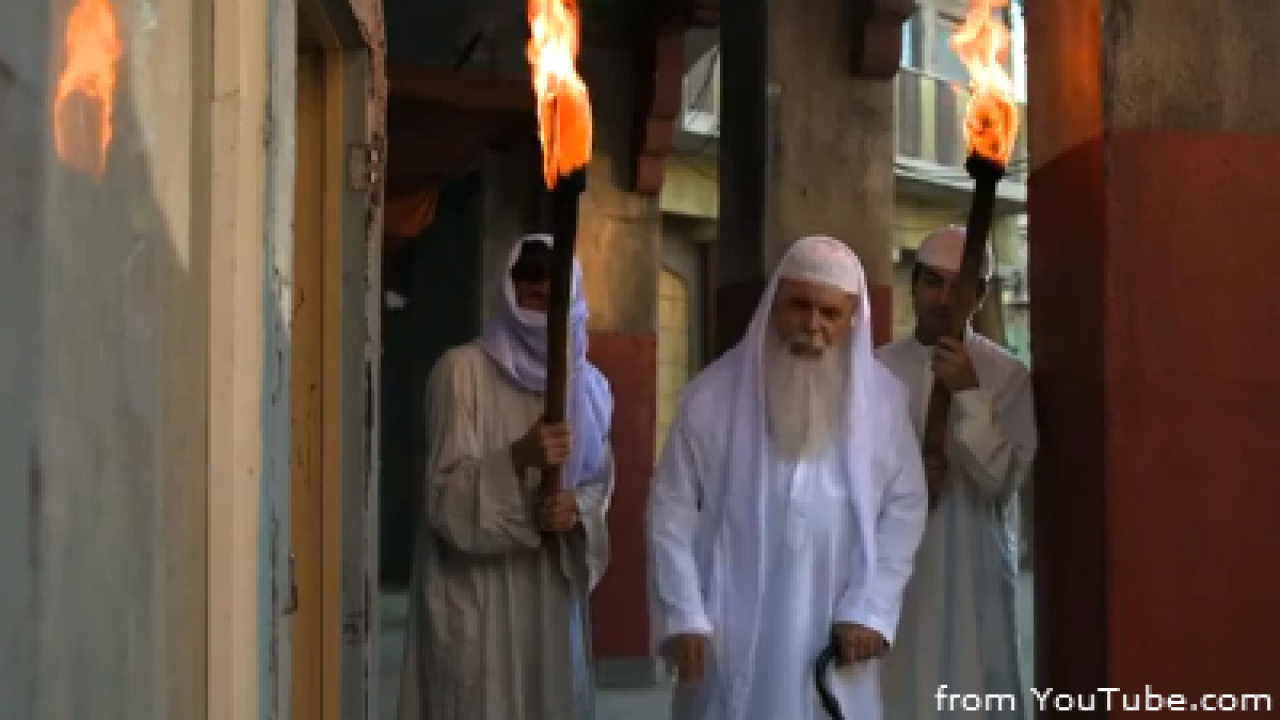 LOS ANGELES (CNN) — Nakoula Basseley Nakoula, the man allegedly behind the inflammatory film “Innocence of Muslims,” was ordered held without bail Thursday after being arrested in California and accused of violating his probation.

Handcuffed and chained at the waist, Nakoula appeared in a federal court in Los Angeles on Thursday for a preliminary bail hearing.

Alleging he’d violated eight requirements of his probation stemming from a 2010 bank fraud conviction, prosecutors argued Nakoula was a flight risk after showing a pattern of deception to the court and his probation officer. They contended, too, that he had also misled the actors of the film that upset the Muslim world, and documents indicate he used several aliases in the process of making it — all in violation of his probation.

Prosecutors asked that Nakoula be sentenced to 24 months in prison for the probation violations. His attorney, meanwhile, countered that the judge should set bail at $10,000.

Judge Suzanne Segal then ordered that Nakoula be detained, saying she felt he posed a flight risk and cited numerous instances in which he misrepresented his name.

Nakoula then waived his right to a preliminary hearing. The date for his bail revocation hearing has yet to be set.

Earlier this month, Nakoula met with a probation officer in the wake of a federal review of his five-year supervised probation in the 2010 case.

Nakoula was cooperative at that voluntary interview, authorities said. He was bundled up in a coat, hat and white scarf when he was escorted from his house for that interview. He wasn’t under arrest at that time.

This month, a spokeswoman for the Administrative Office of the U.S. Courts said Nakoula’s federal probation was under review.

Spokeswoman Karen Redmond didn’t provide details of why or when the probation review was initiated, or how long the process would take.

While on probation, Nakoula was prohibited from accessing computers or any device that can access the Internet without approval from his probation officer.

Nakoula served one year in federal prison at Lompoc, California, but officials couldn’t determine this month whether Nakoula paid any of the court-ordered restitution of $794,700, according to probation department officials and court records.

He came to the world’s attention after his movie, a trailer of which had been posted to YouTube, was highlighted earlier this month by media in Egypt. Violent protests subsequently erupted in Egypt, Yemen, Tunisia, Morocco, Sudan, Iran, Iraq, Israel and the Palestinian territories, with some of them targeting U.S. diplomatic missions.

As the protests raged, Nakoula remained out of public view and ensconced with his family in their home in Cerritos, California, about a 20-mile drive southeast of downtown Los Angeles.