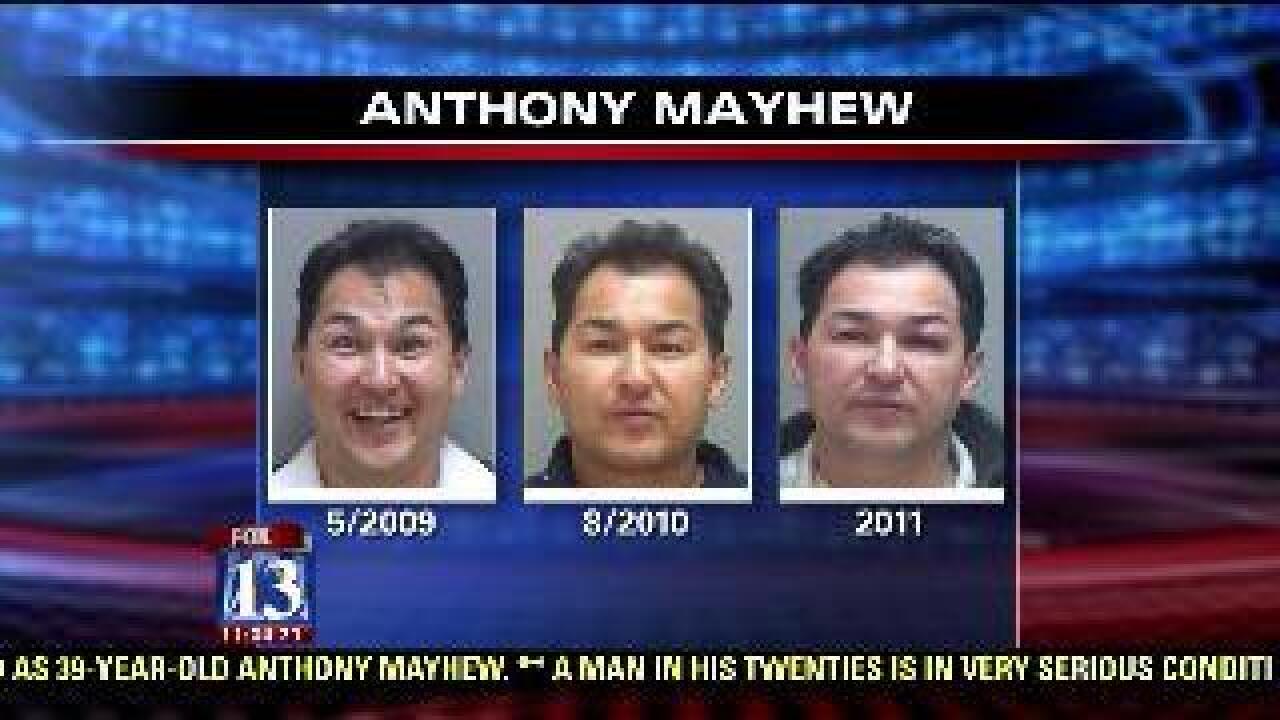 Details are coming out about the 39-year-old suspect in a standoff with police at a TRAX station on Thursday.

The standoff began at the Gallivan TRAX station in downtown Salt Lake City at about 9:30 p.m. Police said Anthony Mayhew claimed he was wired to a bomb.

At about midnight, a police officer shot Mayhew, as "officers feared for their lives," according to a tweet from the Salt Lake City Police public information officer (@SLCPD) Thursday night.

Mayhew died a short time later, according to police.

Based on dozens of pages of court documents, Mayhew has a criminal history dating back more than 15 years. He also recently filed a series of lawsuits against various police and governmental agencies.

Mayhew has a series of booking pictures from the mid to late 1990's as he was busted for crimes including a hate crime assault against a black man, aggravated kidnapping, and other various assaults and burglary charges. At one point, Mayhew declared bankruptcy.

More recently, he started filing lawsuits, mainly against police agencies. He claimed severe post-traumatic stress disorder due to what he perceived as wrongful arrests and alleged harassment by police.

In the past year, Mayhew claimed federal agencies, in particular the FBI and the Drug Enforcement Administration (DEA), had implanted a brain computer interface in him and that agents had actually visited him at his mother's West Jordan home.

FOX 13 attempted to speak with Mayhew's mother, but she declined to comment.