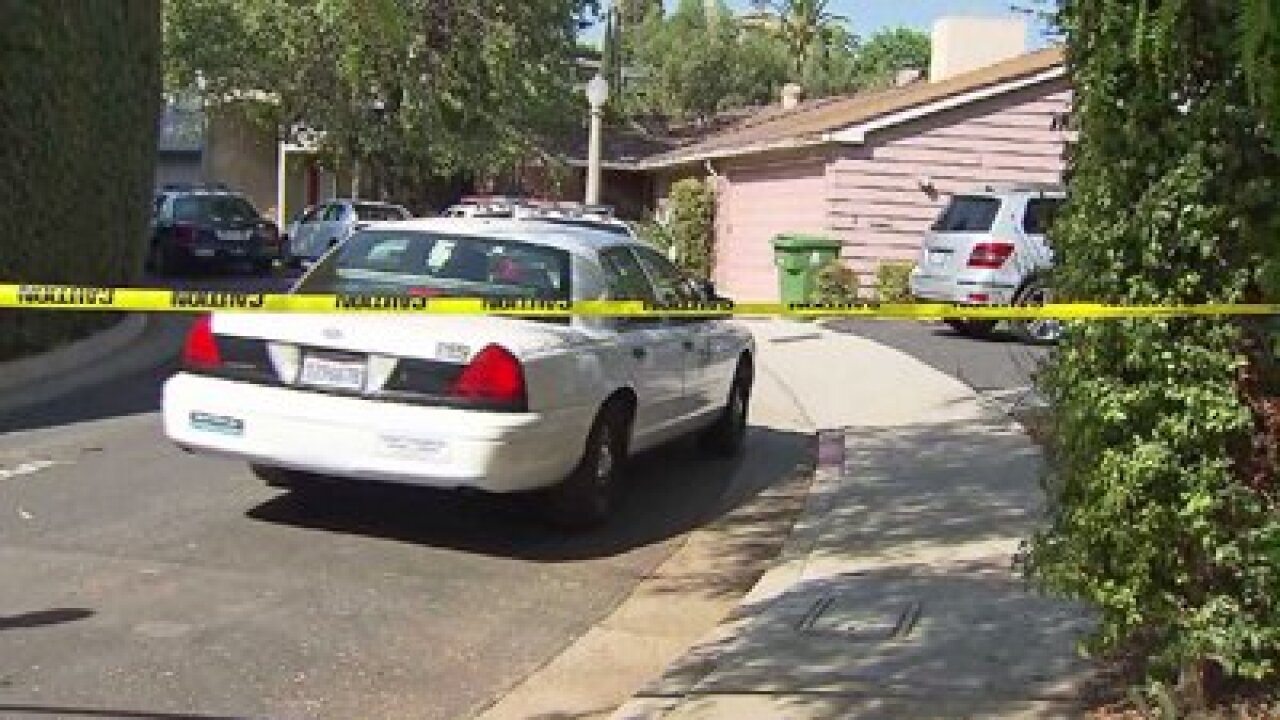 **EMBARGO: Los Angeles** Home in the Los Feliz neighbood of Hollywood where “Sons of Anarchy” actor Johnny Lewis and an elderly woman were found dead Wednesday, Sept. 26, 2012. Police are investigating the murder mystery.

LOS ANGELES (CNN) — Investigators believe “Sons of Anarchy” actor Johnny Lewis brutally killed his elderly landlord Wednesday before falling to his death as he tried to escape police whose sirens he heard approaching.

It could be weeks before police understand the cause of what they say was a violent rampage by Lewis, 28, that led to the death of Katherine Davis, 81.

Police suspect drugs were involved, but “we don’t have any hard evidence that says he was on anything right now,” LAPD Commander Andrew Smith said.

Toxicology findings from the autopsy conducted Thursday by the coroner will be crucial to determining if the actor was under the influence of drugs, Smith added. It is expected to take at least a month before the report is done.

“After ‘bath salts,’ new drugs are coming out all the time and young people try new drugs all the time,” Smith said. “That’s, of course, one of the things that our detectives are going to look into, whether he was using that or anything else.”

No one saw what happened inside the house where Davis, the homeowner, was found beaten to death, Smith said. The only witnesses were the man who owned the house next door and a painter, who say they were attacked by Lewis before he fell to his death.

A large pool of blood where police say Lewis’ head crashed onto the pavement remained Thursday in the driveway of the house that has for decades been the temporary home for actors and producers visiting Los Angeles to make movies. The home is in the Los Feliz neighborhood near Griffith Park, on the eastern edge of the Hollywood district of Los Angeles.

The house “appeared to have been ransacked,” with furniture broken, he said. Davis was found dead on the second floor of the three-level house with her dead cat nearby in a “gruesome scene,” police said.

Davis, who lived in the home for decades, “typically rented to people in the movie industry, writers and actors, and they would come up here because it’s a wonderful, quiet neighborhood,” Smith said.

David Thoresen, who has serviced the home’s garden fountain for five years, said Davis was a small woman, standing no more than 5-feet, 3-inches tall.

“She was the happiest, nicest lady I ever met in my life,” Thoresen said. “I loved Kathy.”

Lewis lived in the home, which is on a winding, narrow residential street on a hillside on the eastern edge of Hollywood, for about two weeks, Smith said.

While Los Angeles Police would not discuss Lewis’ criminal history, CNN has obtained records of two arrests in February on burglary and battery charges in Santa Monica, California. No information was available on the status of those cases.

Lewis is credited with playing Kip “Half Sack” Epps in 26 episodes of the first two seasons of “Sons of Anarchy” on the FX Network, according to the Internet Movie Database. His character was killed in the finale of season two.

“I wish I could say that I was shocked by the events last night, but I was not,” Sutter’s tweet said. “I am deeply sorry that an innocent life had to be thrown into his destructive path. Yes, it’s day of mourning, but it’s also a day of awareness and gratitude. Sadly, some of us carry the message by dying.”

This week’s episode of “Sons of Anarchy,” a series based on a violent motorcycle gang with graphic violence, included the death of “Opie,” a major character. Sutter’s Twitter posting noted “the sad irony of it happening two days after opie’s death is not lost on me.”

Sutter told TV writer Alan Sepinwall in an interview published in December 2009 that “Johnny wasn’t happy on the show.”

“Creatively, he really wanted out of his contract,” Sutter told Sepinwell. “We had ongoing conversations, and we decided we’d find some noble way for him to go.”

His last work was in an independent movie, “186 Dollars to Get Out,” which was scheduled to release this month, the IMDb.com listings said.

Lewis, whose full name is Jonathan Kendrick Lewis, was born and raised in Los Angeles. He held dual U.S. and Canadian citizenship, according to his IMDb biography.