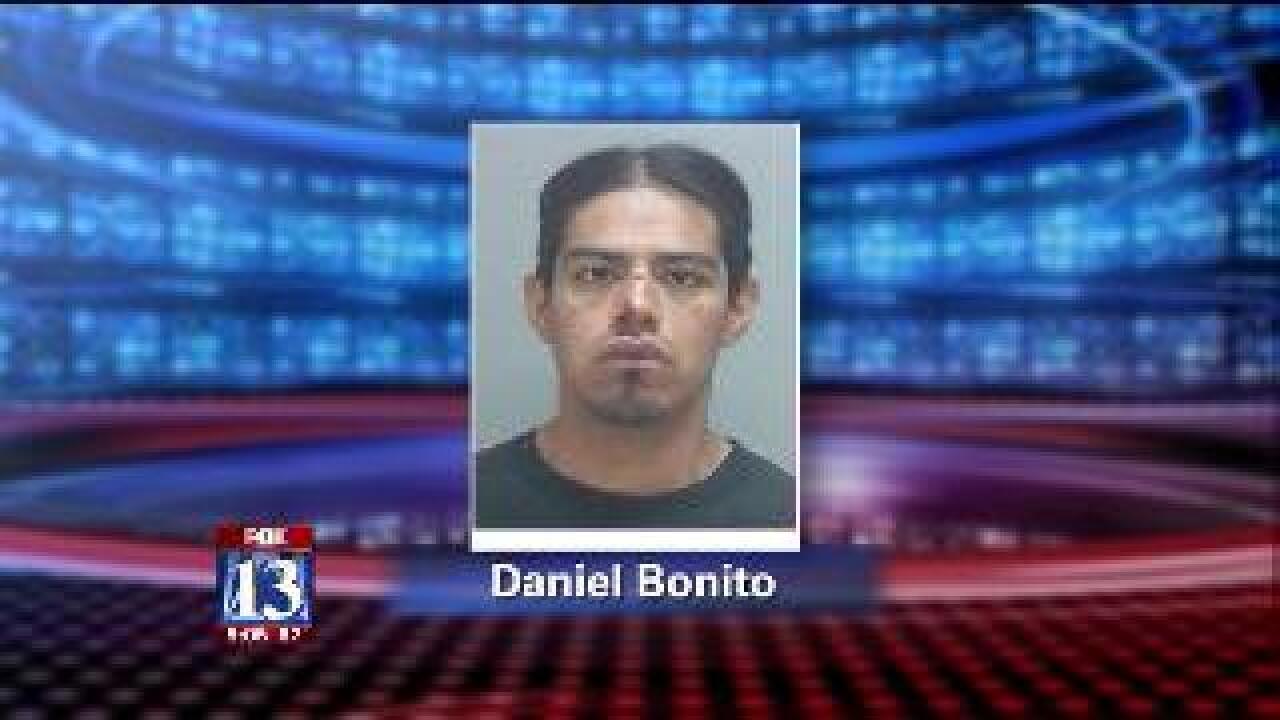 COTTONWOOD HEIGHTS, Utah - A man behind bars for a Cottonwood Heights burglary was linked to another alleged burglary in Sandy that happened a week later.

In May, police say an armed man broke into a Sandy home and was confronted by an 11-year-old girl who lived there. The girl ran to a neighbor's house and the suspect got away, but left investigators a clue that helped them identify him.

"We found a bandana at the back door, the sliding door to the home. Where the individual had gone in and out of the house," said Sandy Police Sgt. Jon Arnold.

The girl's description of the intruder led police to suspect 26-year-old Daniel Bonito, a suspect in another armed burglary nearby. This week, detectives used that bandana to confirm their suspicion.

"We had sent the bandana off to the state crime lab to have DNA tested and that DNA came back and confirmed that Daniel Bonito was the individual at that residence who left that bandana," Arnold said.

Bonito is already in jail for violating parole; he was arrested by police not long after the two burglaries. Now he faces new charges of aggravated burglary and being a felon in possession of a firearm.

Even though Bonito is already behind bars, police say they're glad to solve the crime for the 11-year-old girl.

"Exercising patience, and going through the process, to make sure this individual won't be doing this to other homes, and other children," Arnold said.