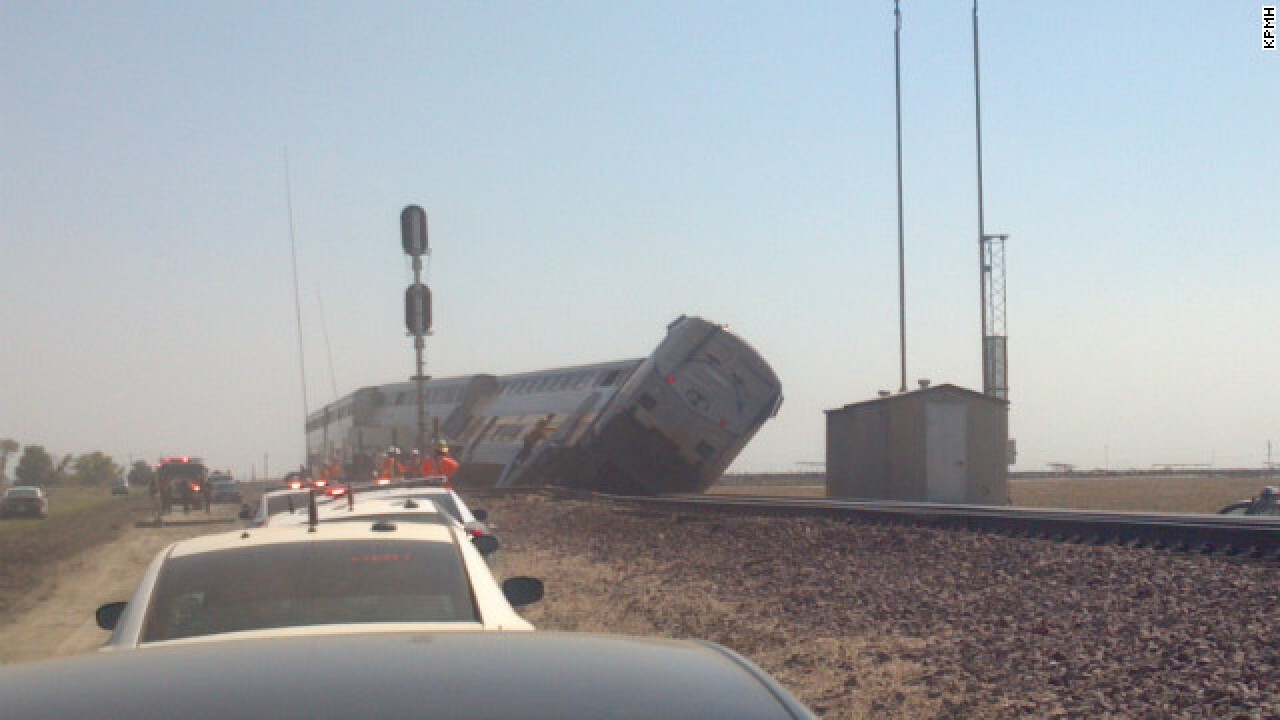 (CNN) — About 30 passengers suffered “minor to moderate” injures when an Amtrak passenger train collided with a truck near Hanford, California, Monday afternoon, a sheriff’s spokesman said.

“It was a traffic collision with a big rig and an Amtrak train which collided,” Kings County Assistant Sheriff Dave Putnam said. “The big rig hauling cotton failed to yield.”

There were 11 people with moderate injuries and 19 with minor injuries, according to Kings County EMS Director Dan Lynch. Thirteen ambulances arrived at the scene to take the injured hospitals, Lynch said.

“At about 12:25 p.m. Pacific Time, a semi tractor-trailer rig drove into the side of an Amtrak train at a public railroad crossing equipped with warning lights, bells and gates, south of Hanford, California,” an Amtrak statement said.

About 169 passengers and four crew members were on Train 712, which was traveling south from Oakland to Bakersfield, California, Amtrak said.

Three of the four train cars left the tracks, Putnam said. The last two cars of the train were at a 45-degree angle to the track, while the third from the end was standing at a 65-degree angle, he said.

“It was a fairly high speed collision which caused the train to derail and stop about a half mile south of the initial hit,” Putnam said.

Emergency workers were working to stop diesel fuel that was spilling from the engine, he said.

Unhurt passengers board school buses for a rode to the town’s civic center Amtrak arranges for their transportation to Bakersfield 85 miles away, he said.

Hanford is about 200 miles north of Los Angeles.