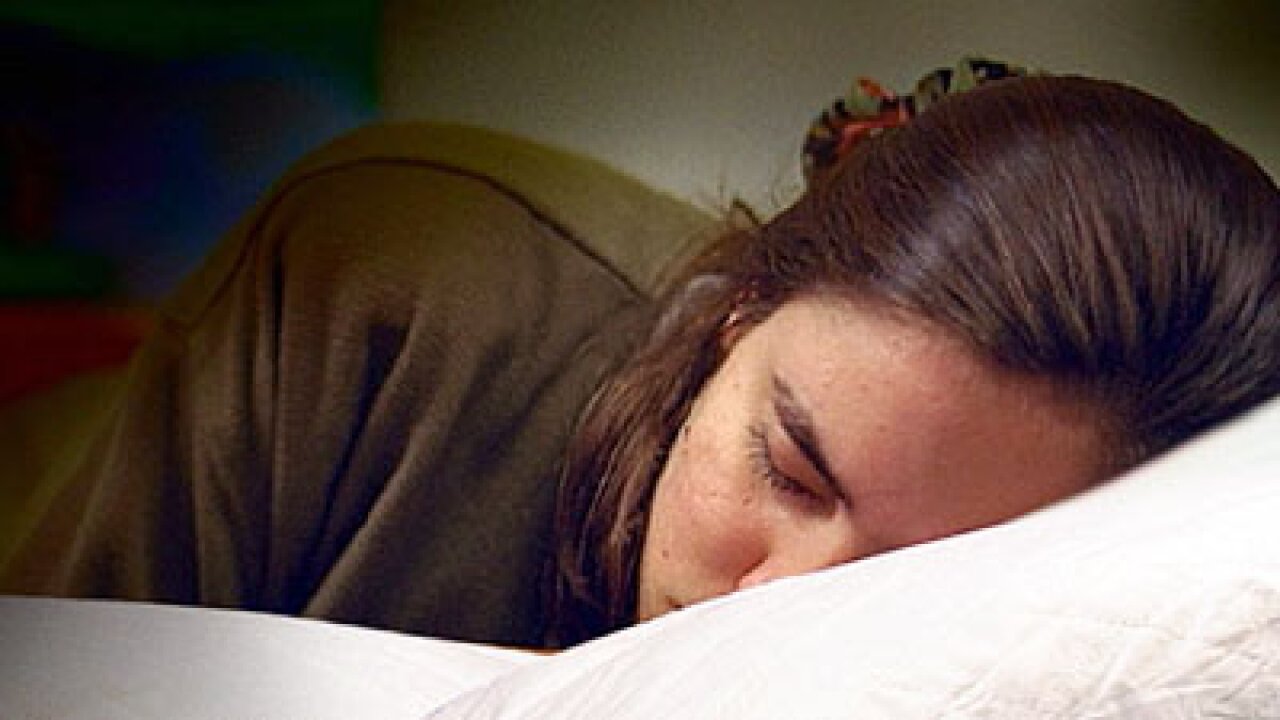 “When most people think about cardiovascular risk factors and risk behaviors, they don’t necessarily think of sleep,” said Dr. Brian McCrindle, senior author and cardiologist at SickKids in Toronto, Ontario. “This study … shows a clear association between sleep disturbance (in adolescents) and a greater likelihood of having high cholesterol, high blood pressure and being overweight or obese.”

“These findings are important, given that sleep disturbance is highly prevalent in adolescence and that cardiovascular disease risk factors track from childhood into adulthood,” noted Dr. Indra Narang, the lead study author and director of sleep medicine at SickKids.

The researchers examined data from the 2009/2010 school year for adolescents in the Niagara region of Ontario.

More than 4,000 ninth-grade students completed questionnaires asking about their sleep duration, quality, disturbances, snoring, daytime sleepiness and the use of any sleep medications during a period of one month. Their average age was 14.6.

The students also answered questions about their physical activity, time spent in front of a computer or television and nutrition.

Researchers studied participants’ height, weight, waist circumference, cholesterol levels and blood pressure. They adjusted for those with family history of cardiovascular disease, so they could be confident of the association found.

Participants slept, on average, 7.9 hours during the week and 9.4 hours on weekends. The Centers for Disease Control and Prevention recommends adolescents get 8.5 to 9.5 hours of sleep a night.

Almost one in five reported their weeknight sleep as “fairly bad” or “bad.” One in 10 said the same was true for their weekend sleep. In addition, almost 6% of respondents said they had used medications to help them sleep.

“What happens with these kids is they have very poor sleep habits and sleep hygiene, so they’re sleepy and tired and have poor energy during the day, so they hop themselves up on caffeinated beverages and then that just perpetuates their problem and a lot of them wound up taking some kind of sleep medication,” McCrindle said. “So they get in a cycle.”

Narang said 6% was “quite a lot” of adolescents taking over-the-counter and prescription medication to help them sleep.

“It really shows that some adolescents are experiencing very disturbed sleep that they’re then needing sleep medication,” she said.

Common sleep disturbances reported by the adolescents included waking up during the night or early in the morning, not being able to fall asleep within a half-hour, feeling too hot or too cold, having to use the restroom and bad dreams.

Parents concerned about their child’s sleep can intervene in several ways.

McCrindle suggests trying to minimize media use in the bedroom.

“Do (the adolescents) really need to have a TV, a computer, all their video games in the bedroom?” he asked.

Instead, ensure kids have down time before bedtime.

Narang feels consumption of high-energy caffeine drinks may largely be to blame.

But the big picture, she says?

“Everybody involved in the health care of a child – a nurse, a physician, a teacher – needs to promote well sleep, and that would involve a certain number of hours a sleep and routine of sleep,” Narang said.

The routine would keep them on the same sleep schedule all week long, she added.