One dead after car crashes into semi on I-15 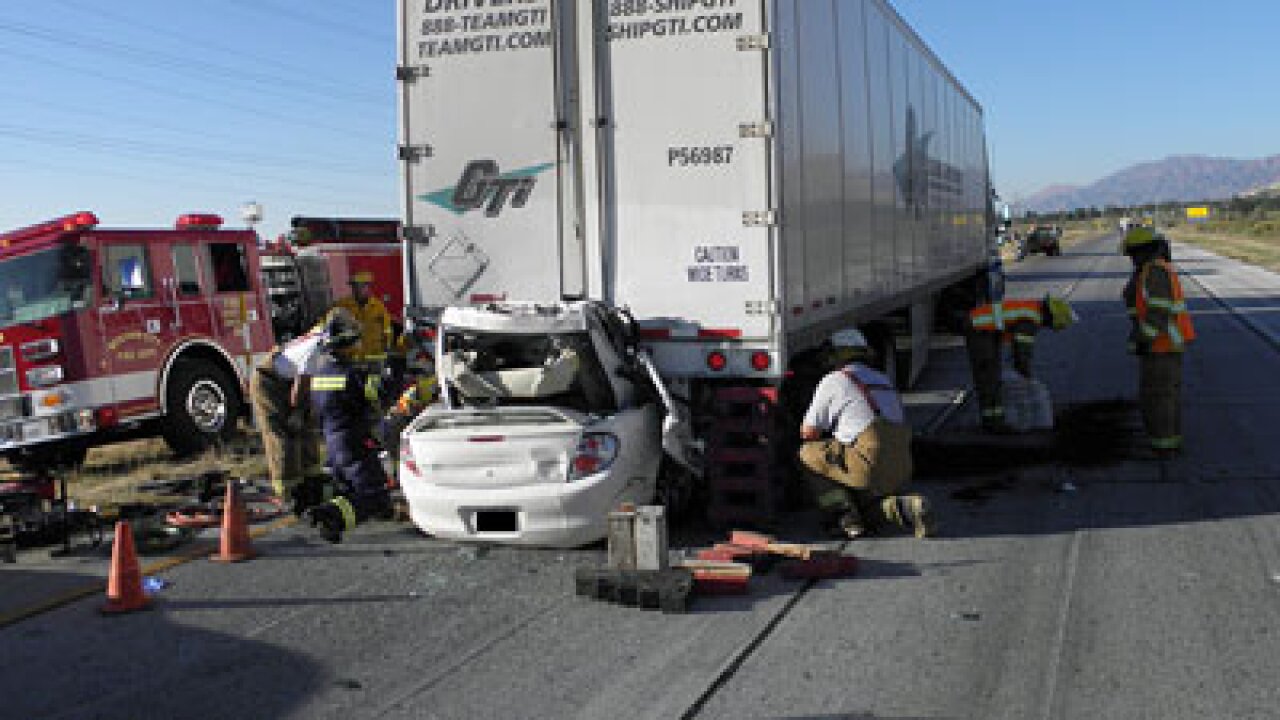 BOX ELDER COUNTY, Utah — One person died after a car slammed into a semitrailer on Interstate 15 near Willard Bay Monday evening.

Utah Highway Patrol said the accident occurred at 5:13 p.m. when northbound traffic slowed to a stop because of a previous non-fatal crash that occurred. When the semitrailer stopped in the left lane near milepost 355, it was rear-ended by a car.

Troopers say the driver of the car was pronounced dead at the scene.

Traffic is being diverted to State Road 126 to State Road 89/91 according to Utah Department of Safety via Twitter. They tweeted a northbound stretch of I-15 starting from milepost 351 was closed for several hours after while crews cleared the wreckage.