Man dies in crash on I-15 in Centerville 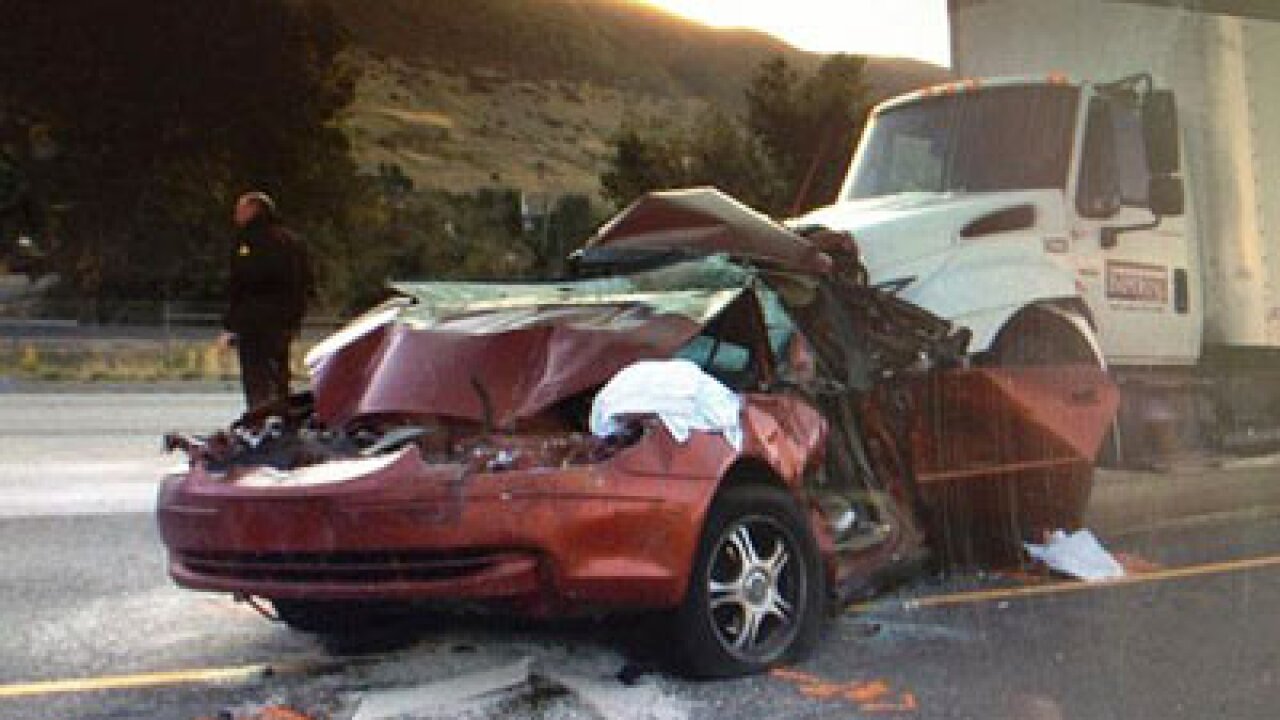 CENTERVILLE, Utah -- One person has died after a crash on northbound I-15 near mile post 321 in Centerville on Thursday.

The crash happened around 6 a.m. and involved three vehicles, a passenger vehicle, a box van and a semitrailer.

The box van rear-ended the car, according to police. A spokesman with the Utah Highway Patrol said the box van driver did not see the car because the car didn't have its lights on. The two vehicles crossed several lands of traffic and then collided with a semitrailer.

The adult male driver of the car died.

Police said he was on his way home from work. They have not released his name, pending notification to his family.

Police do not believe speed, alcohol or drugs played a factor in the crash.

The crash caused a four-hour delay in both directions of I-15 in the area of the crash.