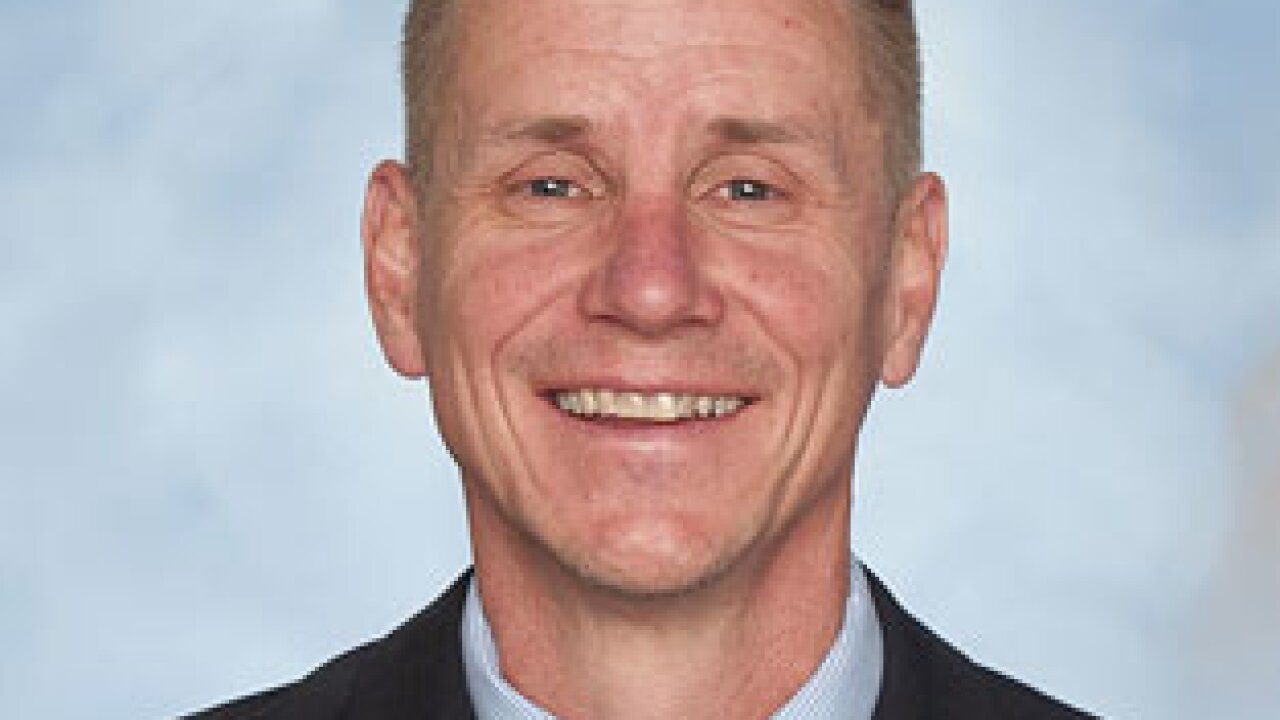 The following is a press release from the USU Athletics Department dated Oct. 4, 2012:

LOGAN, Utah – For the second time in as many years, Utah State University Director of Athletics Scott Barnes has announced a contract extension for head football coach Gary Andersen. The revised contract will keep Andersen at USU through the 2018 season.

Along with Andersen’s revised contract, the new deal also calls for continued salary increases for all of his assistant coaches.

“It is extremely important to me that we keep Gary and his staff in Logan long-term, and I know in my conversations with him this is exactly what he wants,” said Barnes. “We know what we have in Coach Andersen. We didn’t need to wait around until the end of the season to get this deal done.

“When we hired Gary, we set out to rebuild Utah State football into a program Aggies everywhere would be proud of. He continues to do just that in every aspect of our football program,” Barnes added.

Barnes said Andersen’s new deal could pay up to $765,000 annually with incentives.

“Gary had led our program with great integrity and passion. It is a gross understatement to say our student-athletes like playing for him. They love him, and he cares deeply for them. It is important to Gary that they succeed beyond football, and he works toward this end goal with them every day,” said Barnes.

“First of all, I cannot say anything without expressing my appreciation to President Stan Albrecht and Mr. Barnes for their leadership, vision, and commitment to this University,” said Andersen. “I am honored and humbled to have the opportunity to lead quality young men for many years to come. Logan, Cache Valley and Utah State University have become home for me and my family. This extension continues to show how dedicated we all are at building a football program academically, socially and athletically that will be a quality representation of Utah State University.

“This contract will also help us retain quality assistant coaches, which is a very important step as we move forward and into the Mountain West Conference. I have learned over the past three and a half years that this is a very special University and community. I am very grateful for the opportunity to be the head football coach at Utah State University.”

In his four years at Utah State, Andersen has rebuilt the football program into one that has won nine of its last 11 games, dating back to the 2011 season marking USU’s best 11-game stretch since the 1972-73 seasons. Furthermore, USU is 5-3 against in-state opponents under Andersen including home wins against BYU (2010) and Utah (2012), snapping a 10-game losing streak to the Cougars that dated back to 1993, and a 12-game losing streak to the Utes that dated back to 1997. With its win against BYU in 2010, USU gained possession of the historic Beehive Boot trophy (the symbol of gridiron supremacy in the state of Utah) and The Old Wagon Wheel (the traveling trophy between USU and BYU) for the first time since 1993.

Five games into the 2012 season, Utah State has a 4-1 record and is off to its best start since the 1978 team won its first five games of the year.  Following its 27-20 overtime win against Utah during the second week of the season, USU garnered its first top 25 vote in the Associated Press poll since 1966, and first top 25 vote in any poll since being ranked 18th in the United Press Poll (UPI) in 1978.

During the 2011 season,Andersen led Utah State to a 7-6 record (5-2 Western Athletic Conference) and an appearance in the Famous Idaho Potato Bowl, the school’s first bowl game since 1997. In 2011, USU’s seven overall wins and five league victories were its most since 1993, while its second-place conference finish was its best since the 2000 team ended the year second in the Big West. Furthermore, those five league wins in 2011 were tied with five other teams (1953, 1960, 1990,1991, 1993) for the most in school history, while its seven overall wins are tied for the 10th most all-time at Utah State.

Utah State also won its final five games of the regular season in 2011, which is tied for the eighth-longest winning streak in school history and the longest since the 1993 squad won its final six games of the year. And finally, USU’s three-win turnaround from four victories in 2010 to seven in 2011 was among the top 15 in the Football Bowl Subdivision for the year.

Highlighting Utah State’s offense in 2011 was junior running back Robert Turbin who ended the season as the WAC’s Offensive Player of the Year, USU’s first in its six years in theleague, and just its second such offensive award in school history.

Utah State’s top defensive player in 2011 was senior linebacker Bobby Wagner who is one of just eight players in school history to be a three-time first-team all-conference selection.

Other Aggies to earn first-team all-WAC honors under Andersen’s tutelage include offensive linemen Philip Gapelu (2011) and Tyler Larsen (2011), while those who have been named to the league’s second-team include defensive end Levi Koskan (2011),tight end Tarren Lloyd (2011), defensive back Curtis Marsh (2010) and Turbin (2009).

Furthermore, Andersen has coached six former Aggies who are currently on NFL rosters, including Turbin, Wagner and Michael Smith who were all selected in the 2012 NFL Draft. That trio of Aggies drafted in 2012 is the most selections in one year since five USU players were chosen in 1980. Wagner, who was drafted in the second round (47th pick) by the Seattle Seahawks, is the highest drafted Aggie since Rulon Jones was the 42nd overall pick in the second round in 1980 by the Denver Broncos.

Along with all of its accomplishments on the field, Utah State has been just as successful in the classroom under Andersen as 66 players have earn academic all-WAC honors, while 84 players have graduated from the University. Furthermore, USU led the WAC with 18 academic all-conference honorees in 2011.

Utah State plays its third in-state opponent of the season this weekend as it travels to Provo to face BYU on Friday, Oct. 5 at 8:15 p.m., in a game that will be televised nationally on ESPN.