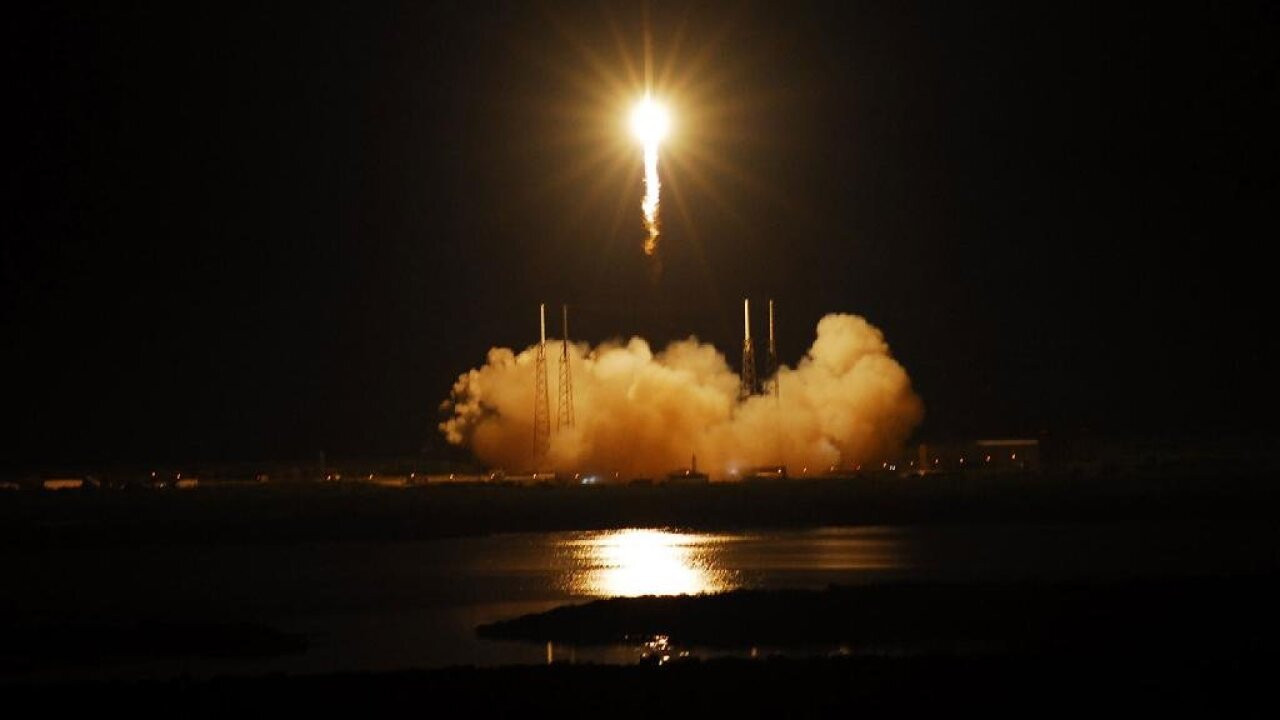 The Falcon 9 rocket with its Dragon capsule launched on schedule at 8:35 p.m. ET from Cape Canaveral, Florida, with an orange blaze against the black night sky. About 10 minutes into the flight, the Dragon separated from the rocket and was on its way to the station.

Mission control called it “a picture-perfect launch and a flawless flight of Falcon.”

It is is the first of a dozen NASA-contracted flights to resupply the International Space Station, at a total cost of $1.6 billion.

The launch comes nearly five months after a demonstration mission in which a Dragon capsule successfully berthed at the station and returned to Earth. SpaceX President Gwynne Shotwell said the Sunday mission isn’t “substantially different” from that flight, “with the exception that we got there once.”

“We demonstrated we could do it, so there might be a teeny, teeny bit of relaxation,” Shotwell told reporters Saturday ahead of the launch. “Not a lot, though.”

The unmanned capsule is packed with about 1,000 pounds of cargo — everything from low-sodium food kits to clothing and computer hard drives. It’s scheduled to return in late October with about 2,000 pounds of cargo, including scientific experiments and failed equipment that can be repaired and sent back, ISS Program Manager Mike Suffredini said.

The Dragon spacecraft is supposed to catch up with the space station early Wednesday. Station Commander Sunita Williams and Aki Hoshide from the Japanese Space Agency will use the robotic arm to grab Dragon and berth it to the station.

Much of Dragon’s cargo is material to support extensive experimentation aboard the space station. One deals with plant growth. Plants on Earth use about 50% of their energy for support to overcome gravity. Researchers want to understand how the genes that control that process would operate in microgravity — when objects are in free-fall in space. Down the road, that could benefit food supplies here on the planet.

The spacecraft is also carrying nearly two dozen microgravity experiments designed and being flown through the Student Experiment Spaceflight Program.

SpaceX is not the only commercial company in the spacefaring business. Within the next few months, Orbital Sciences is expected to fly its own demonstration flight to the space station. But Orbital is not using Cape Canaveral as its launch site. The company’s rocket will take off from Wallops Island off the coast of Virginia. Orbital has a nearly $2 billion contract with NASA for station resupply missions.

SpaceX founder Elon Musk is looking well beyond just these cargo flights to the station. SpaceX is one of three companies NASA has selected to continue work developing a human-rated spacecraft that would carry astronauts to the International Space Station.

Boeing and Sierra Nevada are the other two companies.

The SpaceX plan is to modify the Dragon capsule to carry people.