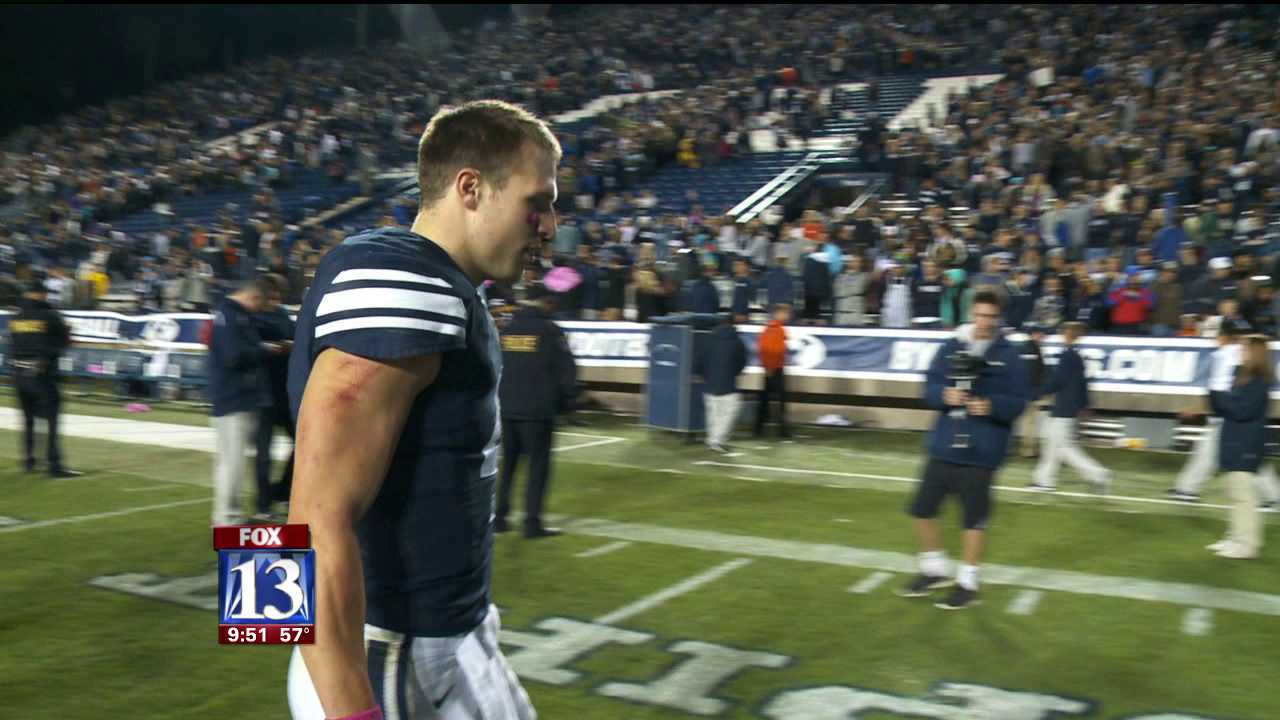 PROVO, Utah -- Taysom Hill is out for the rest of the season with a torn ligament in his left knee.

“He received pretty clear signal from the sideline, which means the clock is going. He interpreted that, meaning run the play, took his eyes away, victory was signaled in right after that [and] got hurt,” said Mendenhall. “So miscommunication and I’m responsible for anything that happens or when one of our guys gets hurt.”

The prognosis is still good for Hill and is he expected to recover and be well enough to play next season.

Regular starter Riley Nelson is ready to return to the lineup for this week’s game. Nelson took time to heal after recovering from a back injury.

Mendenhall said if there is a silver lining to the bad news it is "one’s going out, and the other’s coming back."