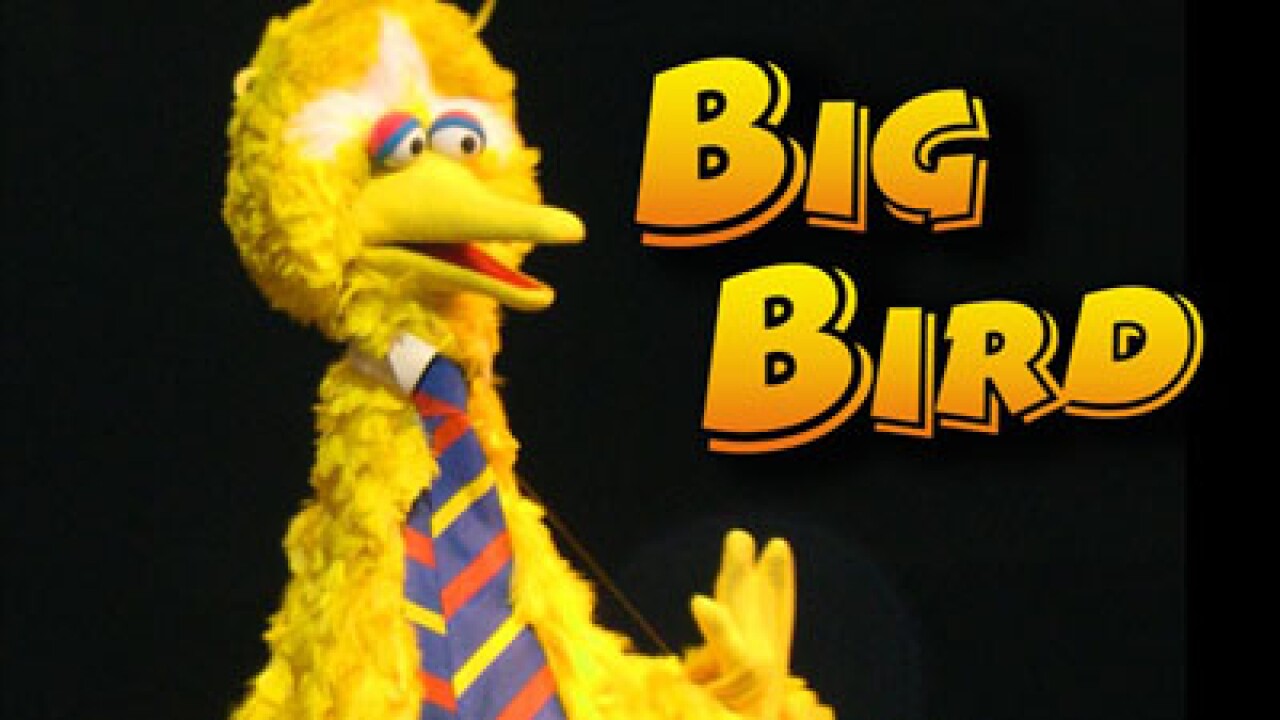 “Sesame Workshop is a nonpartisan, nonprofit organization and we do not endorse candidates or participate in political campaigns,” the group wrote. “We have approved no campaign ads, and as is our general practice, have requested that the ad be taken down.”

Whether the ad airs or not remains in question – Team Obama indicated Tuesday it would air on national broadcast and cable, specifically targeting comedy shows, rather than in the usual swing states where campaigns purchase ad time. But the ad is getting plenty of free air time on newscasts as part of campaign coverage.

An Obama campaign official said they had received Sesame Workshop’s statement and were reviewing their concerns.

The commercial itself is dripping with sarcasm, a tone not usually used in political commercials. It casts Big Bird as a corporate fiend akin to Bernie Madoff and Kenneth Lay.

“Criminals. Gluttons of greed,” a narrator in the spot says of the notorious white collar criminals. “And the evil genius who towered over them?”

A silhouette of the famous yellow bird appears in a window, before the ad cuts to clips of Romney saying “Big Bird” on the stump.

“One man has the guts to say his name,” the narrator says. “Big. Yellow. A menace to our economy. Mitt Romney knows it’s not Wall Street you have to worry about, it’s Sesame Street. Mitt Romney. Taking on our enemies, no matter where they nest.”

At last week’s debate, Romney said he would cut the federal subsidy to the Public Broadcasting Service, which airs Sesame Street, in order to help reduce the country’s deficit.