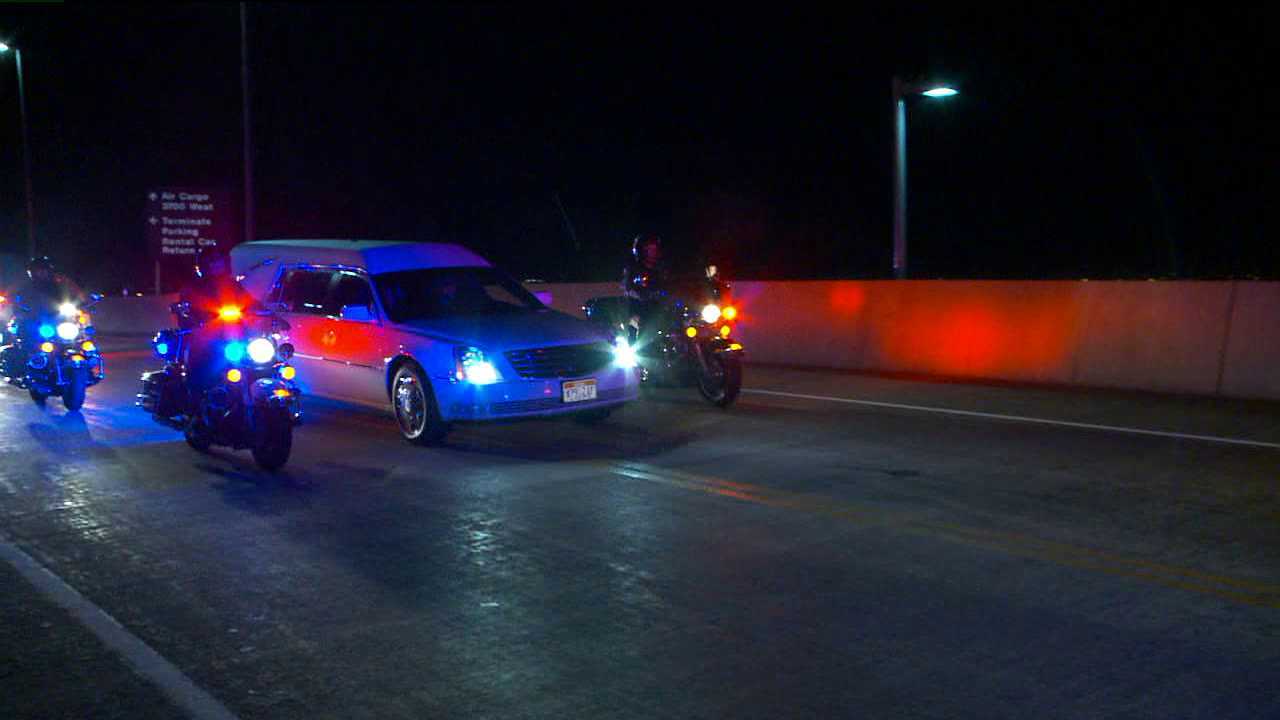 SALT LAKE CITY -- A U.S. Border Patrol agent killed in the line of duty returned to Utah Tuesday night to be laid to rest.

The plane from Tucson, Ariz. carried the body of 30-year-old Nicholas Ivie, a Provo native, to Salt Lake International Airport. Ivie's body was transferred in a casket and several Border Patrol agents placed it into a hearse.

A procession of nearly a dozen motorcycle officers and 30 squad cars gathered around 10 p.m. and led the hearse along Interstate 15 to Utah County. (Scroll down to watch the raw video of the procession.)

Ivie’s body was brought to Spanish Fork’s Walker Mortuary, where it will stay until Thursday, when his funeral will be held at the Utah Valley University campus.

Last Tuesday, Ivie and other Border Patrol agents responded to a tripped motion sensor on the Arizona-Mexico border. Ivie thought his coworkers were armed smugglers and fired at them, according to investigators. The other agents returned fire killing him in what the FBI calls a friendly fire shooting.

There was a memorial service at the LDS Church in Sierra Vista, Ariz. where Border Patrol agents wept and the agent who fired the fatal shot was invited to sit next to the family.

After the UVU funeral gathering, there will be a procession to the Spanish Fork Cemetery where Ivie will be laid to rest.