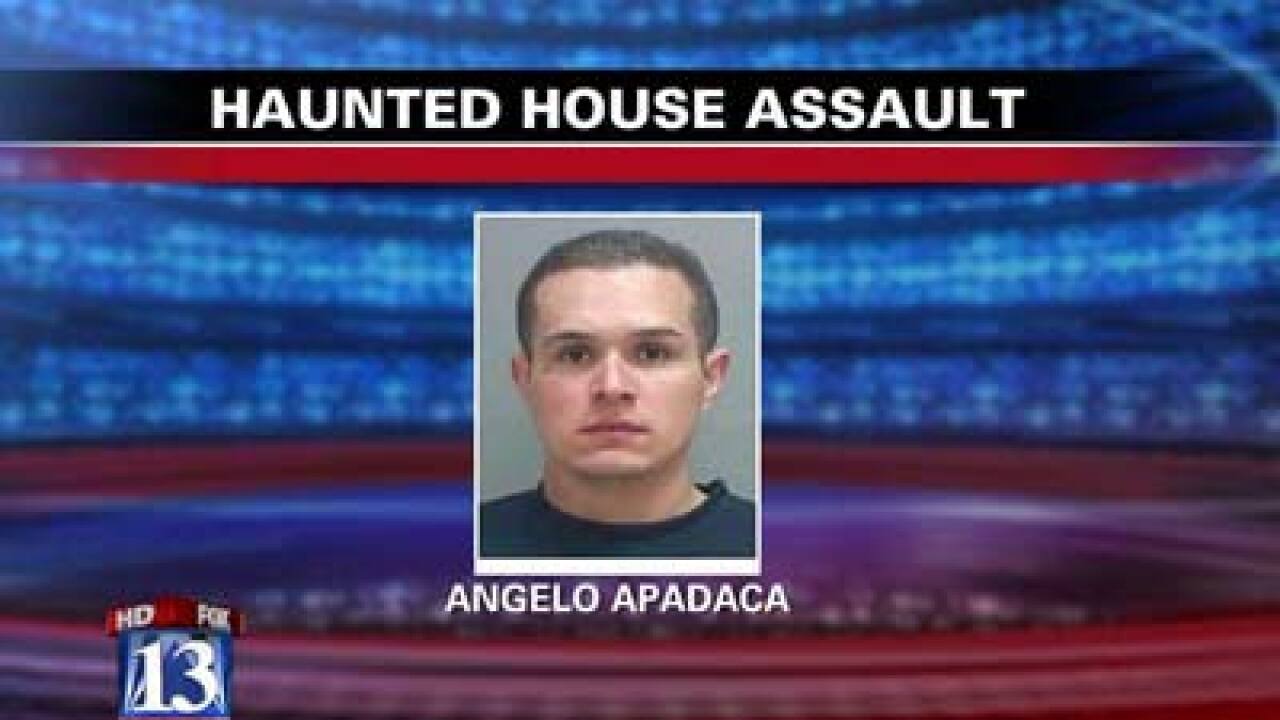 SALT LAKE CITY -- A Layton man is accused of punching a haunted house employee in the face at Nightmare on 13th.

The incident was caught on camera Saturday inside the facility in Salt Lake City.

Officers said 25-year-old Angelo Apadaca punched the woman so hard he knocked her front teeth back and she was covered in blood.

Apadaca is facing a felony aggravated assault charge. Police say it is not clear what motivated the incident.

"Totally unprovoked, [the suspect] struck one of our actresses," said Nightmare on 13th owner Troy Barber. "We immediately saw it on a surveillance camera. And we have three police and eight security people all on radios and so he didn't get very far."

Apadaca has a criminal history, including most recently a year spent in jail for an attempted manslaughter charge.