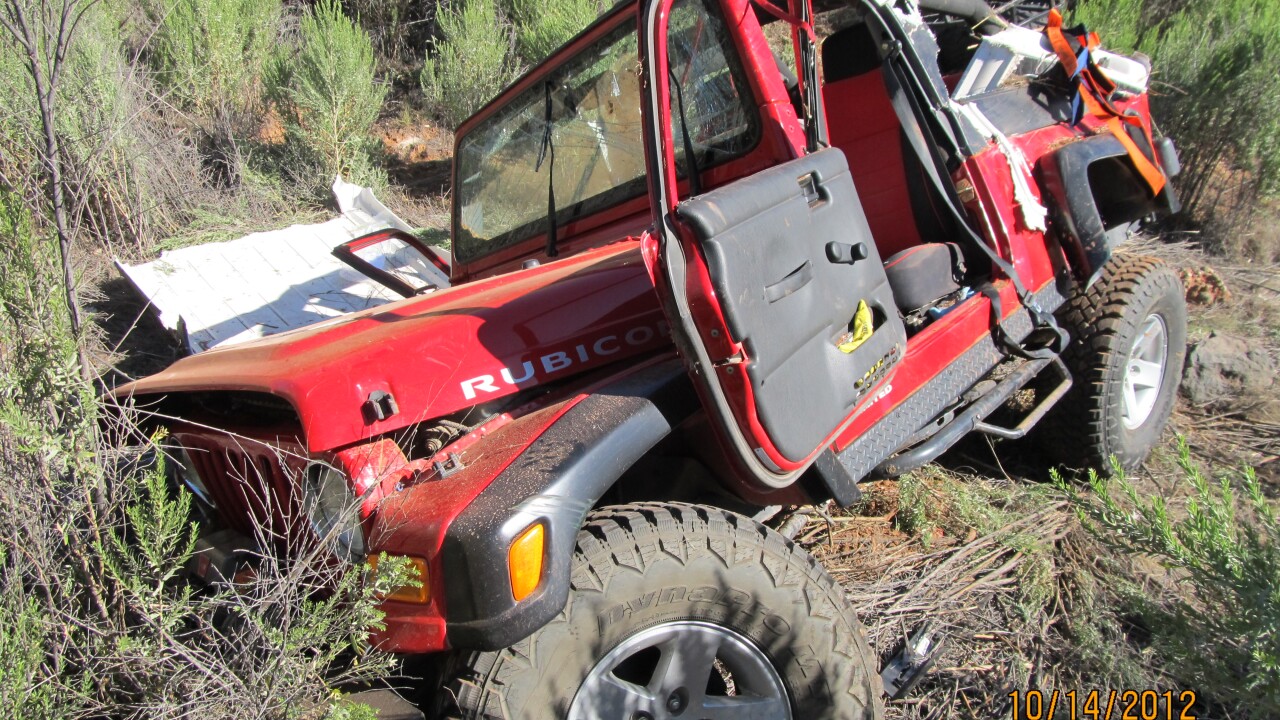 WASHINGTON COUNTY, Utah – One person was taken by helicopter to a Las Vegas hospital after a head-on crash after noon on a southern Utah road from Hurricane to Colorado City.

Officials with the Utah Highway Patrol say the driver of a Jeep attempted to pass on SR-9 and crashed into a Ford Mustang head-on. Troopers say the Jeep went end-over-end down an embankment.

The driver of the Jeep was flown to Las Vegas in critical but stable condition and is expected to survive. The people in the Mustang were taken by ambulance to a St. George hospital and are expected to be released with minor injuries.

UHP reports everyone in the crash was wearing a seat belt.