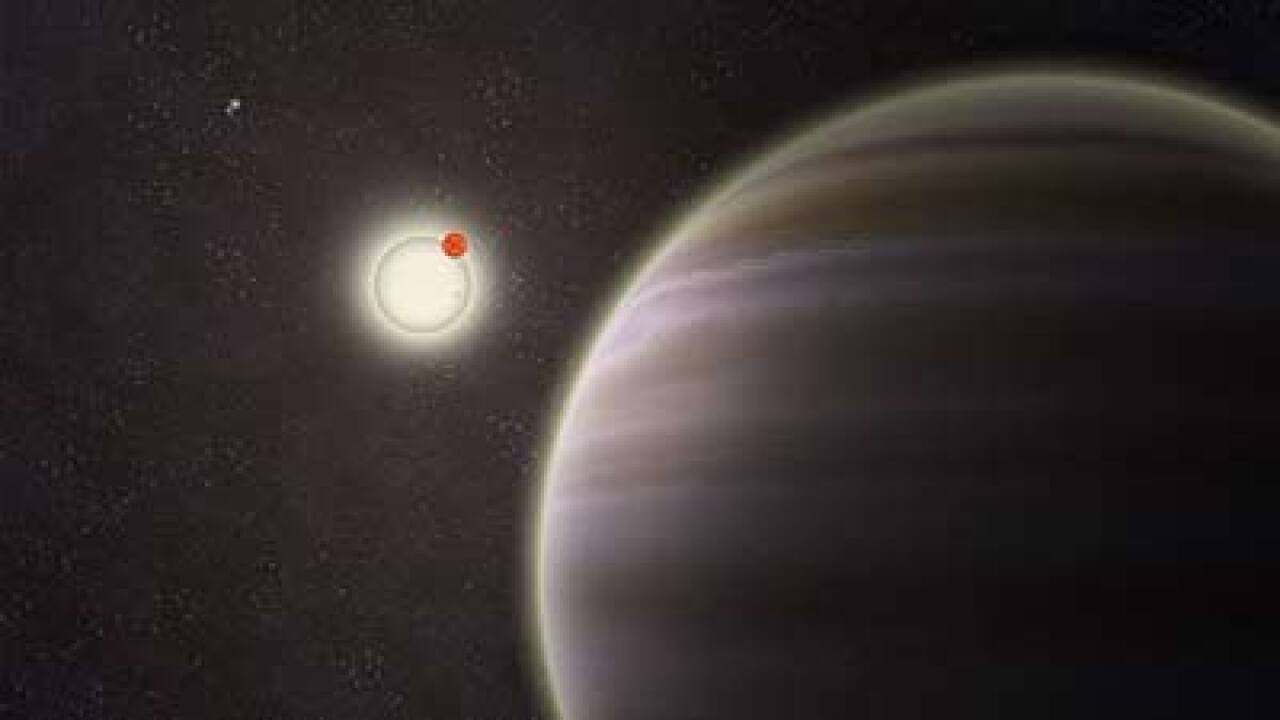 (CNN) — Thirty five years ago, a scene in the first “Star Wars” film captivated movie-goers: Luke Skywalker peering across the landscape of Tatooine — a desert planet dominated by a pair of setting suns.

This week, reality trumped (science) fiction with an image even more enthralling: two amateur astronomers poring through data from deep, distant skies and discovering a planet with four suns.

NASA’s website calls the phenomenon a circumbinary planet, or a planet that orbits two suns.

Rare enough on its own — only six other circumbinary planets are known to exist — this planet is orbited by two more distant stars, making it the first known quadruple sun system.

Researchers presented the finding Monday night at the annual meeting of the Division of Planetary Sciences of the American Astronomical Society in Reno, Nevada.

The discovery of the four-sun planet by amateur scientists takes crowdsourcing to new heights. The expression, coined by Wired magazine editor Jeff Howe, describes tasks that are outsourced to a disparate group of people to come up with a solution.

In this case, the Planet Hunters group made data from NASA’s $600 million Kepler telescope available to the public through its website and coordinates their findings with Yale astronomers.

In combing through the data, “Citizen scientists” Robert Gagliano and Kian Jek spied anomalies that confirmed the existence of the special planet, now known as PH1 — short for Planet Hunters 1 — the first heavenly body found by the online citizen science project.

The planet is a little bigger than Neptune, with a radius about six times greater than Earth.

“I celebrate this discovery for the wow-factor of a planet in a four-star system,” said Natalie Batalha, a Kepler scientist at the NASA Ames Research Center at Moffett Field, California.

“Most importantly, I celebrate this discovery as the fruit of exemplary human cooperation — cooperation between scientists and citizens who give of themselves for the love of stars, knowledge, and exploration.”