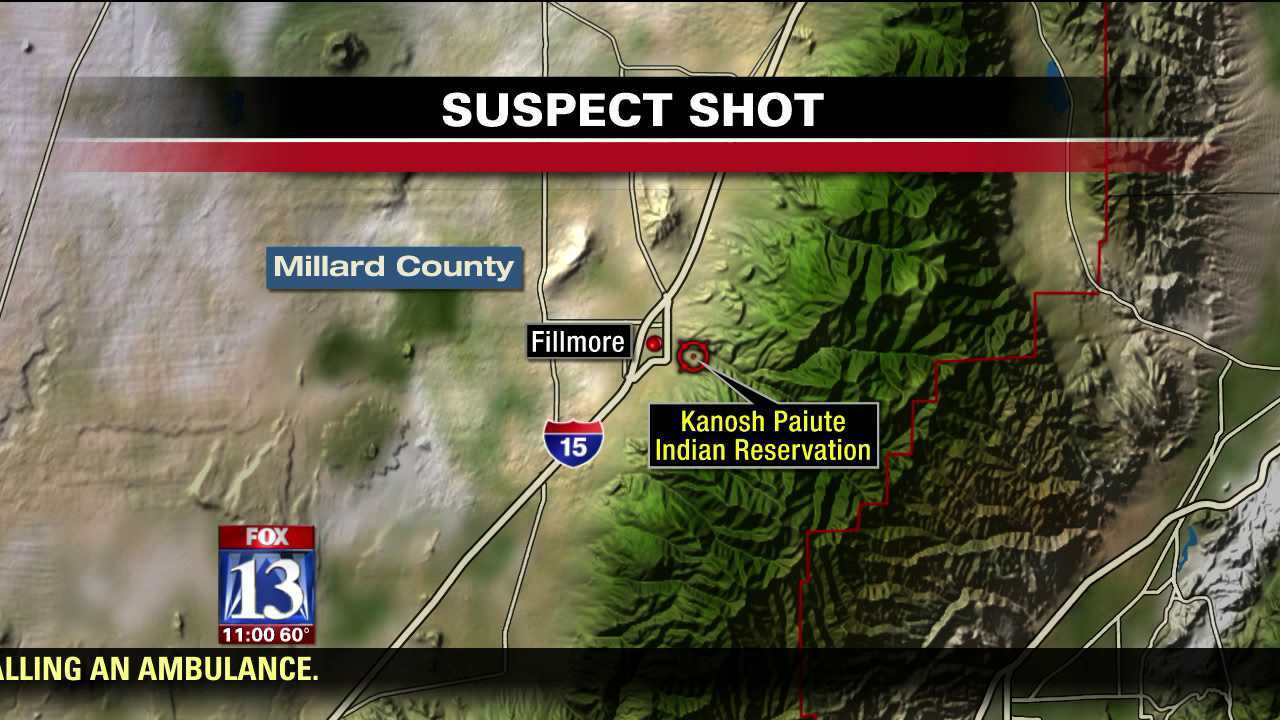 MILLARD COUNTY, Utah -- A suspect was fatally shot by an officer in Millard County Monday night.

At approximately 8:30 p.m., the Millard County Sheriff's Office received a report of a stolen vehicle that occurred at the Kanosh Paiute Indian Reservation.

When police located the vehicle, the suspects led them on a pursuit over paved and rugged off-road territory. Two suspects fled the vehicle when the chase ended at a cemetery in the foothills east of Kanosh.

The suspects did not follow officers' commands, according to police. The officers fired a Taser at one of the suspects, 35-year-old Corey Dee Kanosh.

Kanosh was then fatally shot after an altercation with a deputy, according to the Millard County Sheriff's Office. The stolen car involved in the incident belonged to Kanosh's mother, according to Rick Pikyavit, a spokesman for the Kanosh family.

The deputy involved in the shooting was treated and released from a local hospital. He is on paid administrative leave, per standard protocol.

The Utah County Sheriff's Office is investigating the shooting. An autopsy is scheduled for Wednesday.