Woman in serious condition after crash between car, semi 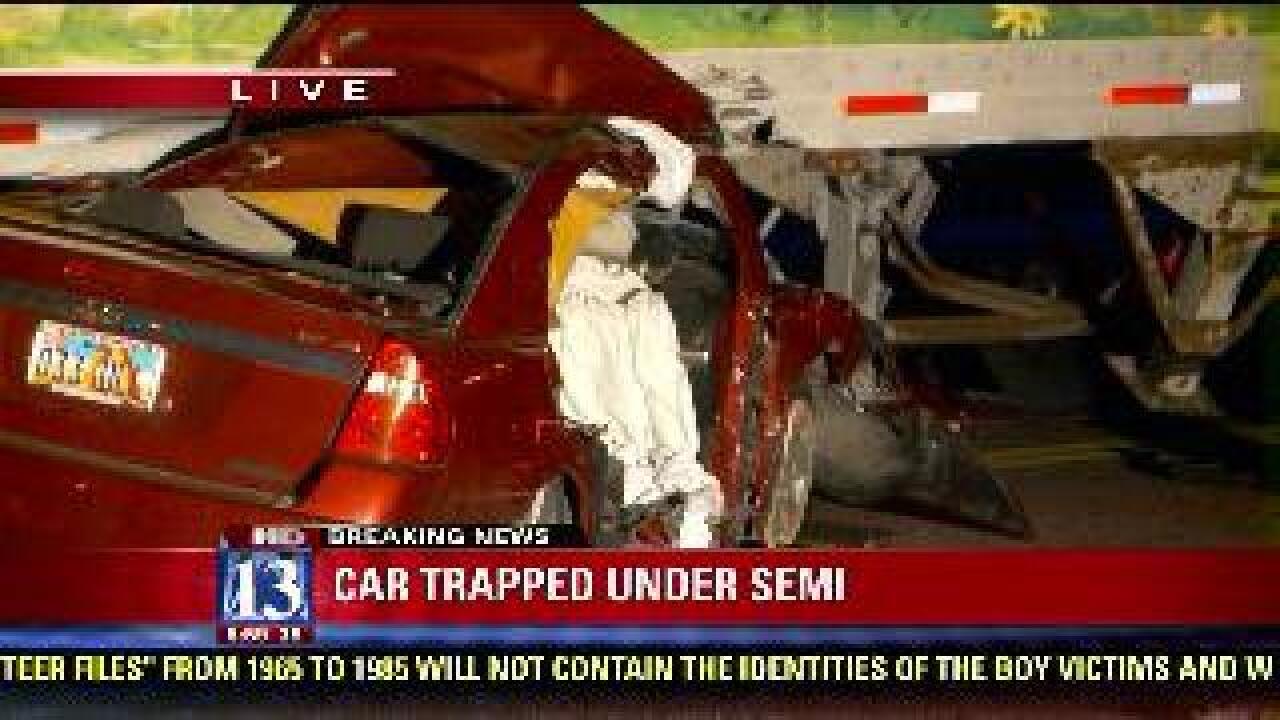 SALT LAKE CITY -- A crash involving a semitrailer and a car has shut down 1700 South and 900 West Thursday morning.

A small four-door passenger car is completely wedged under the semitrailer. The crash happened just after 5 a.m.

Emergency crews have pulled a woman driver from the car. The woman was somewhat awake and conscious during the rescue.

She was transported to the hospital by ambulance and is said to be in serious, but stable condition. Her injuries are non-life threatening.

Police stayed on the scene for close to five hours to clean up the crash and to investigate what happened.

"On any serious injury accident, they come out and they reconstruct what happened," said Det. Carlie Wiechman, Salt Lake City Police Department. "They are very good, they go through hours of training on how to reconstruct that accident to make sure we know exactly what happened."

Police said one of the drivers did not follow the traffic light, although they did not state whether it was the car or the semitrailer driver. The car was dragged about 100 feet.