Woman trapped inside car after crashing into dump truck 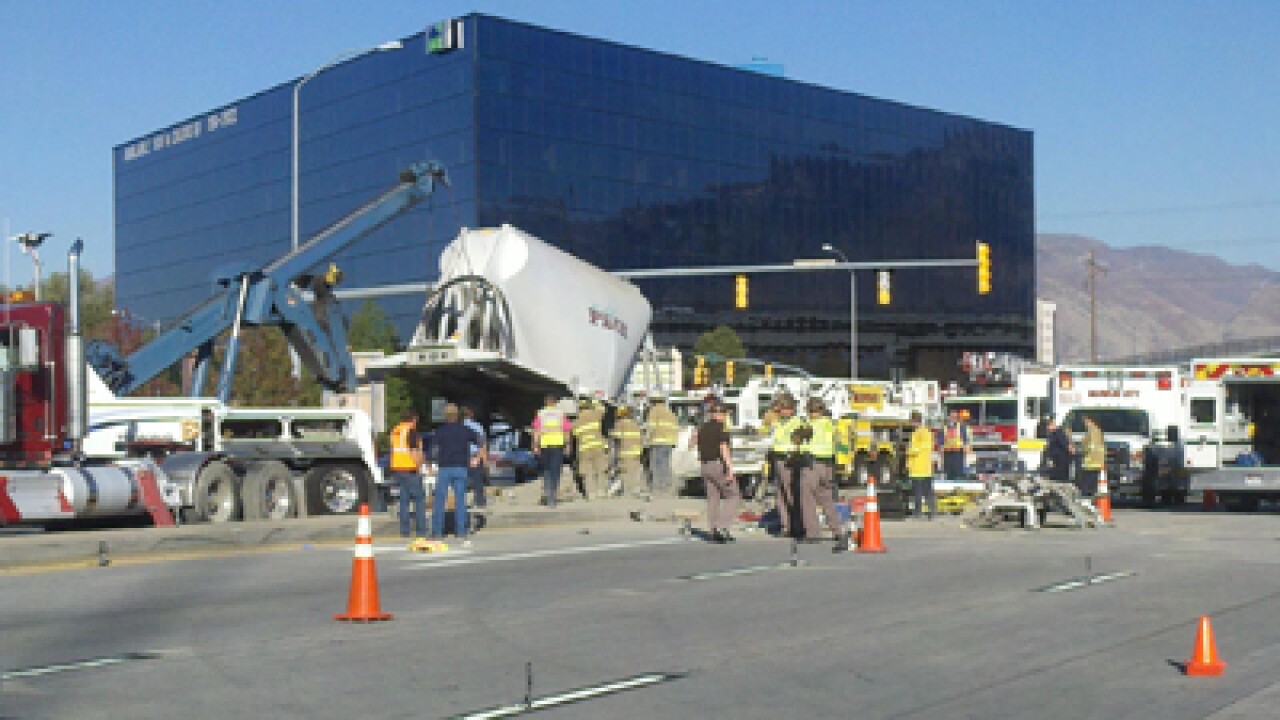 MURRAY, Utah – A woman was trapped inside her car after crashing into a dump truck in Murray on Thursday afternoon.

The crash happened near 5300 South and 320 West at around 3:45 p.m. Officials say the woman was exiting I-15 at a high rate of speed when she crossed the eastbound lanes at 5300 South and hit a belly dump truck stopped in the westbound turn lane.