How to watch the Orionid meteor shower 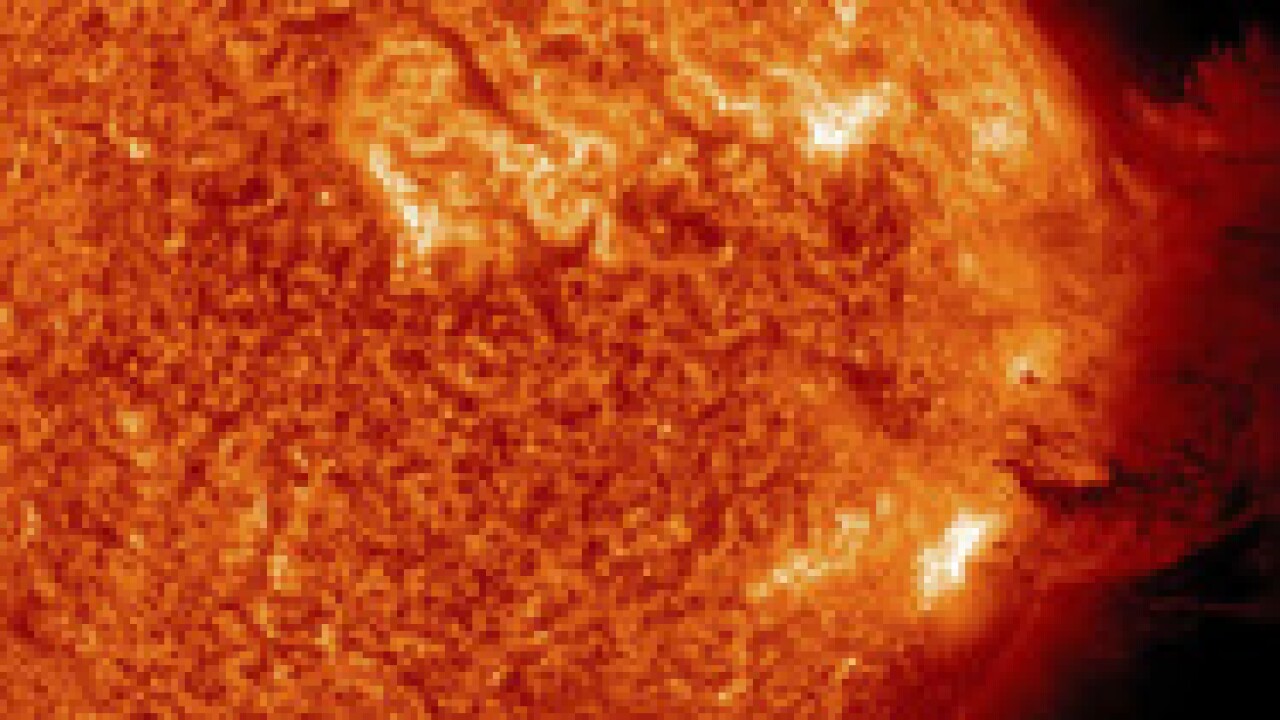 A handout picture shows Coronal Mass Ejection as viewed by the Solar Dynamics Observatory on June 7, 2011. The Sun unleashed an M-2 (medium-sized) solar flare, an S1-class (minor) radiation storm and a spectacular coronal mass ejection (CME) on June 7, 2011 from sunspot complex 1226-1227. The large cloud of particles mushroomed up and fell back down looking as if it covered an area of almost half the solar surface. The sun is entering a more active phase due to […]

(CNN) — Silver fireballs will streak over the Northern Hemisphere on Saturday and Sunday. The much-anticipated Orionid meteor shower is scheduled to peak over the weekend, greeting October skies and star-gazers with a brilliant show.

The Orionid meteor shower will peak about 12:00 a.m. PST Sunday, although there may be meteor sightings before and after, says Karen Randall, director of special projects at SETI Institute. The “shooting stars” will be even more visually prominent because the new moon will be setting about midnight Saturday, allowing for a view unaffected by bright moonlight, according to NASA.

The best time to view is Sunday morning, NASA says: Wake up an hour or two before the sun comes up; the constellation Orion will be high in the sky. You don’t even need a telescope; you can just lie down and look up.

The cosmic show will be even more visually spectacular as the entry of the meteors into the atmosphere will lend them green and orange hues as they pass overhead. Tracing the meteors backward, they will tend to come from the club of the constellation Orion the Hunter, according to Earth Sky.

The skies will not only dazzle with streaks of meteoric flares, the night will also be studded with an array of other celestial phenomena. You might see Venus; Mars; Sirius, the brightest star in the sky; and other winter constellations like Gemini, Taurus and of course Orion.

For those of us in dense urban areas with obstructed or nebulous night skies, have no fear. You can still see the Orionid meteor shower live on Ustream. The stream is made possible by a camera mounted at NASA’s Marshall Space Flight Center in Huntsville, Alabama.

With that link, astronomy lovers will not only have a chance to watch the Orionid meteor shower, they can participate in a live chat with NASA astronomer Mitzi Adams. She will be answering people’s questions about the meteor shower via live Web chat from 11 p.m. ET Saturday to 3 a.m. ET Sunday.

Interested in photographing this cosmic experience? iReport recently held a live chat with astrophotographer Jay GaBany, who set down the basics of photographing stars. He suggested that photographers gear up with a tripod and a DSLR, and try photographing outside the city for the best chance at great shots of the astronomical activity.

So make sure to grab your camera and a sweater for the meteor shower this weekend. It’s a great opportunity to capture those long-exposure shots of streaking stars and time-lapse videos of the astronomical activity overhead.