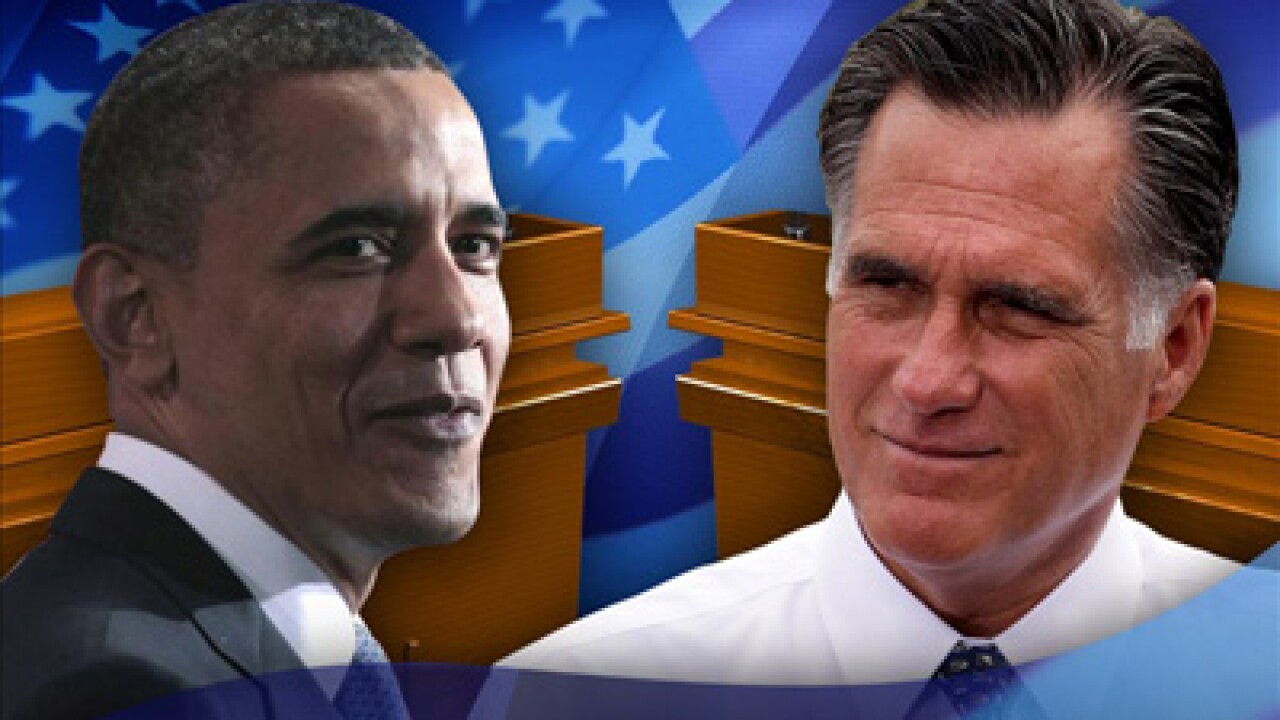 Obama displayed the experience of a commander-in-chief in explaining U.S. policy under his leadership and attacking the views and proposals of Romney, a former Massachusetts governor with little experience on overseas issues.

Romney ended up supporting most of the Obama administration's steps involving hotspots, like the civil war in Syria, and preventing Iran from getting a nuclear weapon, giving the president the advantage in a debate in which his GOP rival needed to question foreign policy of the past four years.

Analysts agreed that Obama won the debate on points, but questioned if the debate would have a big impact on voters and the race as a whole.

"There's no question debate coaches would score this one for the president," said CNN Chief National Correspondent John King, while CNN Senior Political Analyst David Gergen said Obama "dominated the middle of the debate" and emerged as the winner.

Both King and Gergen agreed that Romney avoided sounding like an overzealous advocate of military action -- which is how Obama and Democrats seek to portray him.

Alex Castellanos, a Republican strategist and CNN contributor, conceded Obama "won tonight on points, no doubt about it," but added that Romney showed the cool and calm leadership style of a commander-in-chief to show that making a change in leadership now would be safe.

Romney applauded Obama's efforts to kill Osama bin Laden and other al Qaeda leaders but insisted that "we can't kill our way of this mess." Rather, he pushed for "a comprehensive strategy" to curb violent extremism in the Middle East.

"The key is the pathway is to get the Muslim world to reject extremism on its own," Romney said, proposing U.S. policies to promote economic development, better education, gender equity and to help create institutions.

However, he was unable to express any significant policy difference with Obama on how that would happen.

Obama responded by criticizing his opponent on a host of foreign policy issues -- claiming Romney had favored positions that would have hurt the United States or offered sometimes contradictory views.

"What we need to do with respect to the Middle East is strong, steady leadership -- not wrong and reckless leadership that is all over the map," the president said.

The third and final face-to-face showdown occurred with the candidates neck-and-neck in national polls and the race hinging on a handful of battleground states -- particularly Ohio, Florida and Virginia.

According to the latest polls, Obama has a slight lead in Ohio. Romney is ahead in Florida, and Virginia is a dead heat.

Obama more than once sought to highlight Romney's lack of foreign policy experience, while Romney said Obama's foreign affairs policies have made the United States less respected and more vulnerable.

Romney also repeatedly tried to shift the discussion to his strongest issue -- the continued high unemployment and slow economic recovery under Obama -- arguing that a strong foreign policy and national defense depends on a strong economy.

Obama' s policies weakened the military, leaving the Navy and Air Force at their weakest levels in decades, Romney said, adding he would not go through with possible further military cuts called for in current legislation if Congress fails to reach a deficit deal.

The president shot back that Romney was basing his comparison on military capability on outdated models, saying America had fewer naval ships than years earlier but also has fewer bayonets.

"The question is not a game of 'Battleship' where we're counting ships. It's a matter of capability," Obama said.

The candidates were at odds as well about how Washington should ultimately respond to the continuing violence in Syria.

Talking about the need to provide those fighting Syrian President Bashar al-Assad's forces with arms, Romney said the Democratic incumbent has not enough to curb violence that has left tens of thousands of people dead and also destabilized the region.

"We should be playing the leadership role," Romney said.

That precipitated a quick response from Obama, who pointed to American efforts to organize international efforts to address the issue as well as its support for opposition factions. "We are making sure that those we help will be our friends (in the future)," he said.

A strong performance by Romney against a lackluster Obama in the first debate October 3 in Denver helped the GOP challenger tighten the race and even pass the president in some polls.

The president fought back to win the second debate last week in New York, according to polls and pundits, setting up the Monday's night showdown at Lynn University in Boca Raton, Florida, moderated by CBS News Chief Washington Correspondent Bob Schieffer.

Until recently, polls showed Obama ahead of the former governor on foreign relations issues, and the Romney campaign has mounted pointed attacks in an attempt to narrow the president's advantage.

Other issues discussed in the debate included Iran's nuclear ambitions, China and the war in Afghanistan.

Romney has landed blows thus far in the campaign by arguing that continued high unemployment and sluggish growth showed failed policies under the president, while promoting his own business background.

In a major foreign policy address on October 8, Romney promoted a traditional U.S. foreign policy dating back decades, based on exerting global influence through military and economic power. While the speech sought to distinguish himself from Obama on foreign policy, specific proposals he cited then were similar to what the administration is doing.

Obama's campaign has accused Romney of shifting positions on foreign policy matters and mishandling a trip to England, Israel and Poland this summer when he publicly questioned London's preparedness to host the Olympic Games and cited cultural differences as a reason for economic disparities between Israelis and Palestinians.