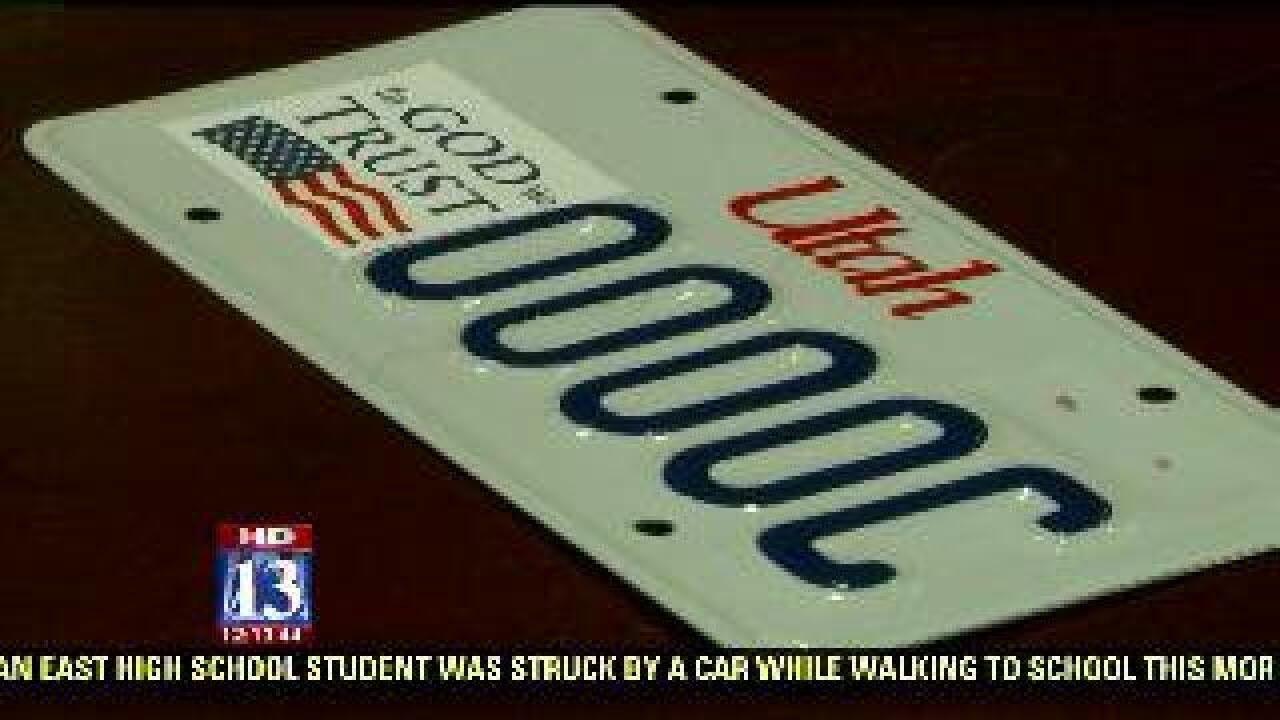 A new license plate design is coming to Utah. The state is rolling out new plates that read "In God We Trust."

The plate was inspired by 11-year-old Tate Christensen. He is an avid license plate collector and found through his research 12 other states had "In God We Trust" plates. He thought the plate would be a perfect fit for Utah.

"I was just wondering 'why does Utah not have one,' because we are a very Mormon state, a very religious state, so why do we not have an In God We Trust plate?" Tate said.

Christensen teamed up with America's Freedom Festival in Provo to create the new plate design.

The new plates could be on cars as early as March 2013, if a few steps are completed successfully. First, a minimum of 500 people must pre-order the plates before the state will make them available.

"Once the 500 plates have been ordered and paid for, we'll run a bill through the House and the Senate," said Sen. Todd Weiler, Davis County. "We are hoping to get two-thirds majority in both chambers in its first 10 days of the session. And if we do that, it will come into law effective immediately upon the governor's signature. So that would be in February."

To get one of the new designs, you need to apply and pay $43. The state will receive $18 to cover fees and taxes, while American's Freedom Festival will receive a donation of $25 per plate.