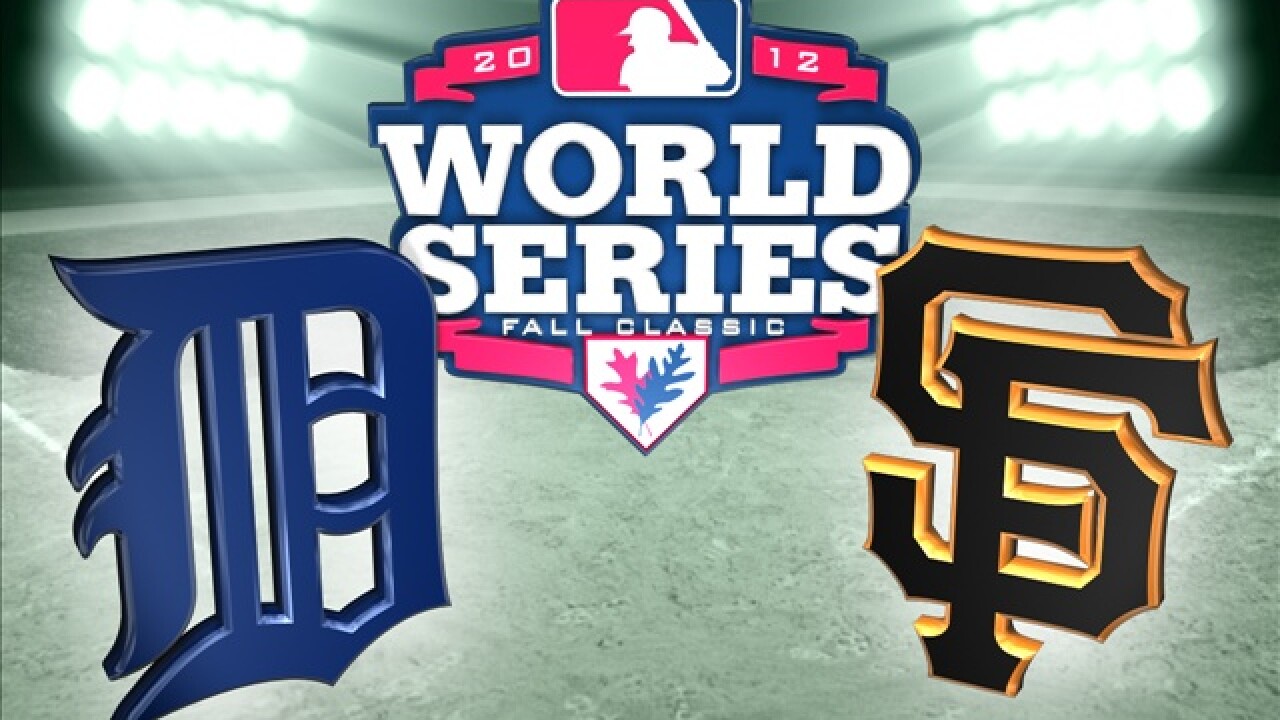 (CNN) — Pablo Sandoval’s record-tying three home runs led the San Francisco Giants to an 8-3 victory over the Detroit Tigers in Game 1 of the World Series.

Barry Zito gave up just one run in 5 2/3 innings to earn the win for San Francisco. He also had a run-scoring single in the fourth inning.

Sandoval, who had 12 home runs during the regular season, hit a solo home run in the first and a two-run shot in the third off Verlander. In the fifth, he added another home run off Al Alburquerque. He has six home runs in the postseason.

Three other players have homered three times in one World Series game.

Sandoval also singled in the bottom of the seventh.

The Giants led 8-1 going into the top of the ninth before the Tigers’ Jhonny Peralta hit a two-run homer off George Kontos.

Marco Scutaro had two RBI singles for the Giants, who will host Game 2 at 8:07 p.m. ET Thursday.

Doug Fister is scheduled to be the starting pitcher for Detroit, facing off against San Francisco’s Madison Bumgarner.