A 35-year-old woman was jailed Tuesday morning after she allegedly left the scene of an accident in Provo.

Provo police say a woman driving a Honda was hospitalized after her vehicle was rear-ended at the intersection of 300 S State Street.

The victim took a picture of the silver Chrysler PT Cruiser that struck the back of her vehicle, but the picture did not show the license plate.

Officers examined the bumper of the Honda and found a slight imprint of a license plate.

The imprint only gave officers a partial license plate number, but they were able to trace that information to a nearby address.

There, police found a PT Cruiser with parts of the Honda’s tail light lodged in the grill and a license plate matching the imprint on the Honda.

Stefanie Jo Wilhite was booked into the Utah County Jail and charged with leaving the scene of an accident with injuries, driving without proof of insurance and making an unsafe lane change. 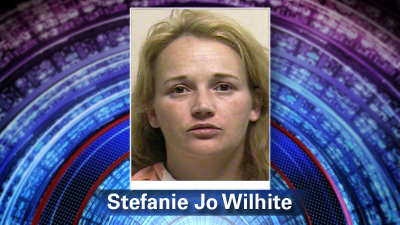