Sandy sets its sights on the Bahamas 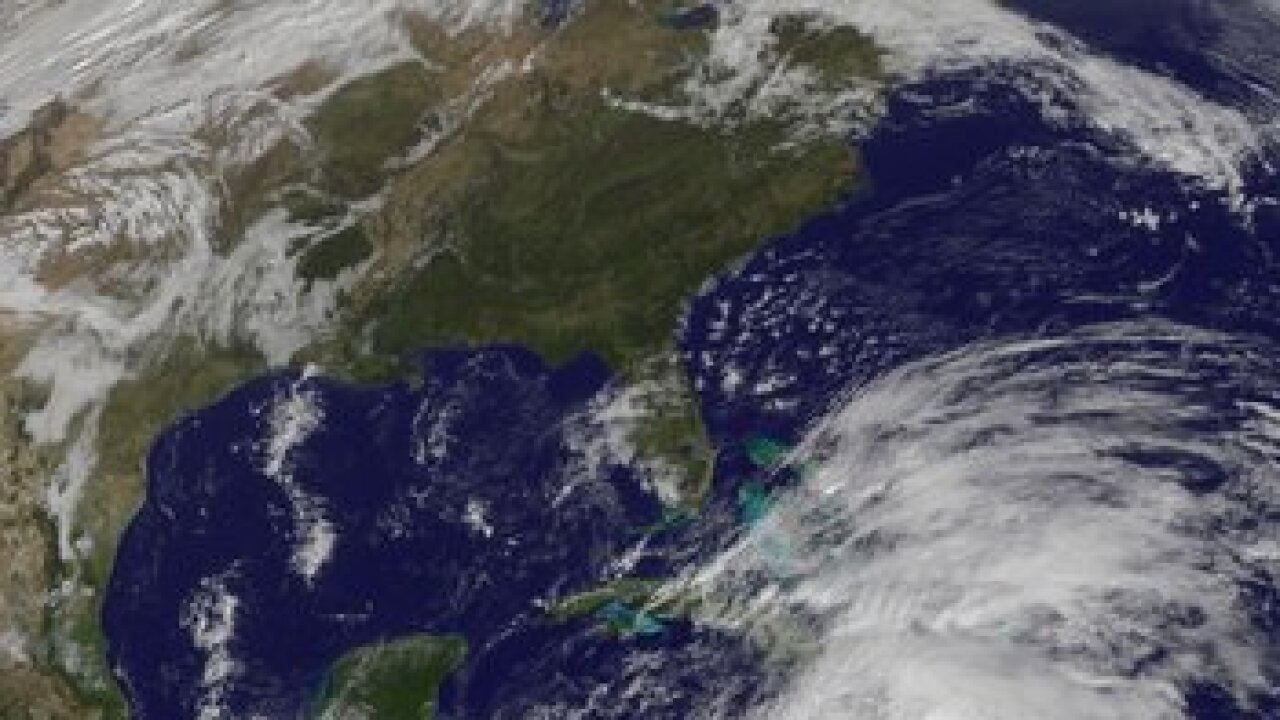 (CNN) — Given their geography, Bahamians know a thing or two about hurricanes.

It is a “small storm” with “mediocre wind,” he said of the Category 2 hurricane with winds of 105 mph.

But as the center of the storm churned 125 miles east-southeast of Nassau on Thursday, Rolle and others also knew they had to prepare.

Rolle, 29, waited for 40 minutes in line at a grocery store to purchase nonperishable goods and bread. He moved the potted plants and emptied part of his family’s pool to make room for the rainwater.

Sandy may not be a Category 5 monster, but “we take it seriously, and we just want to make sure we are comfortable,” he said.

It’s not a bad frame of mind to have, given the amount of damage Sandy did in Cuba.

“I lost an upstairs room and part of my roof. There are trees down all over the place. Everyone is in shock. We have never had a storm hit like this,” said a woman named Dulce, a doctor in the city of Santiago de Cuba.

As the sun rose Thursday, residents in Santiago began to assess the extent of the damage, which was not known. There was no electricity, and very few people had working phones, Dulce said.

Tourists in Santiago rode out the storm in hotels, state media reported.

Heavy rain in Cuba brings with it potential health risks. Flooding over the summer in Granma province contaminated wells, leading to a cholera outbreak, the first Cuba had experienced in a century. The same province was once against hit hard by Sandy.

Sandy claimed a pair of lives before reaching Cuba.

A woman in western Haiti’s Camp-Perrin died Wednesday when she tried to cross a flooding river in the Ravine du Sud, according to Haitian news agency AHP.

And CNN affiliate TV J reported a man in Jamaica was killed when he was hit by a boulder sent tumbling downhill by the storm’s rain.

In the Dominican Republic, Misael Rincon, a CNN iReporter, couldn’t sleep as Sandy’s rain beat down on Santo Domingo because he knew his neighborhood is prone to flooding.

He drove to work on Thursday but had to change his route several times as he encountered roads with water levels too high. Even though he drives an SUV, a blue Ford Explorer, he was not high enough off the ground to avoid having water seep into his vehicle.

“I’d say 70% of the streets in Santo Domingo are flooded,” he said.

Some cars were submerged, and people with trucks were charging motorists $5 to pull their vehicles to higher ground, he said. There were some good Samaritans, too.

The government ordered evacuations of high-risk zones and canceled schools.

Along the U.S. East Coast, residents were told to be wary headed into the weekend.

Sandy is proving to be a windfall for surfers familiar with tamer tides. Even hundreds of miles away, the storm is kicking up a powerful surf off Fort Lauderdale Beach, Florida.

Jason Russo, a visitor from Connecticut, couldn’t resist jumping in.

“I went in the water, I did about three somersaults, strong rip current,” he told CNN affiliate WSVN.

Fort Lauderdale’s Ocean Rescue advised beachgoers to stay out of the ocean but acknowledged not everyone would heed the warning.

“The expert surfers will be out there, so we just tell them to be careful, and we’re there if they need our help,” Chief Breck Ballou said. “We’re there to go out and get them.”

On Friday, more high waves and rip currents are likely along the coastal beaches of Florida’s east coast and into southern Georgia as well as tropical storm force wind gusts as high as 50 mph.

Saturday, tropical storm force wind gusts to 50 mph might be felt as far north as the Outer Banks of North Carolina. Rip currents and high waves will also be an issue along coastal Georgia and the Carolinas, with significant coastal flooding possible, especially during high tides.

The five-day forecast from the National Hurricane Center predicts the center of the storm will shadow the East Coast in the coming days with Sandy potentially making landfall as a tropical storm in New Jersey the day before Halloween.

Back in the Bahamas, Stephen Aranha reflected on the preparations for Sandy.

“We know that there is nowhere to go, we can’t evacuate,” said Aranha, an assistant professor and chairman of the School of Social Sciences at the College of the Bahamas. As a result, building codes are very strict and storm damage is often less than what is seen elsewhere.

He also witnessed the crowds at stores before the storm.

“Lines were long, but the atmosphere was relaxed and friendly, and people were cracking jokes,” he said.

Lines were also long at liquor stores, as hurricane parties are quite common.

Aranha bought himself a few bottles of wine, and friends told him that beer, rum and gin were running low in stores.