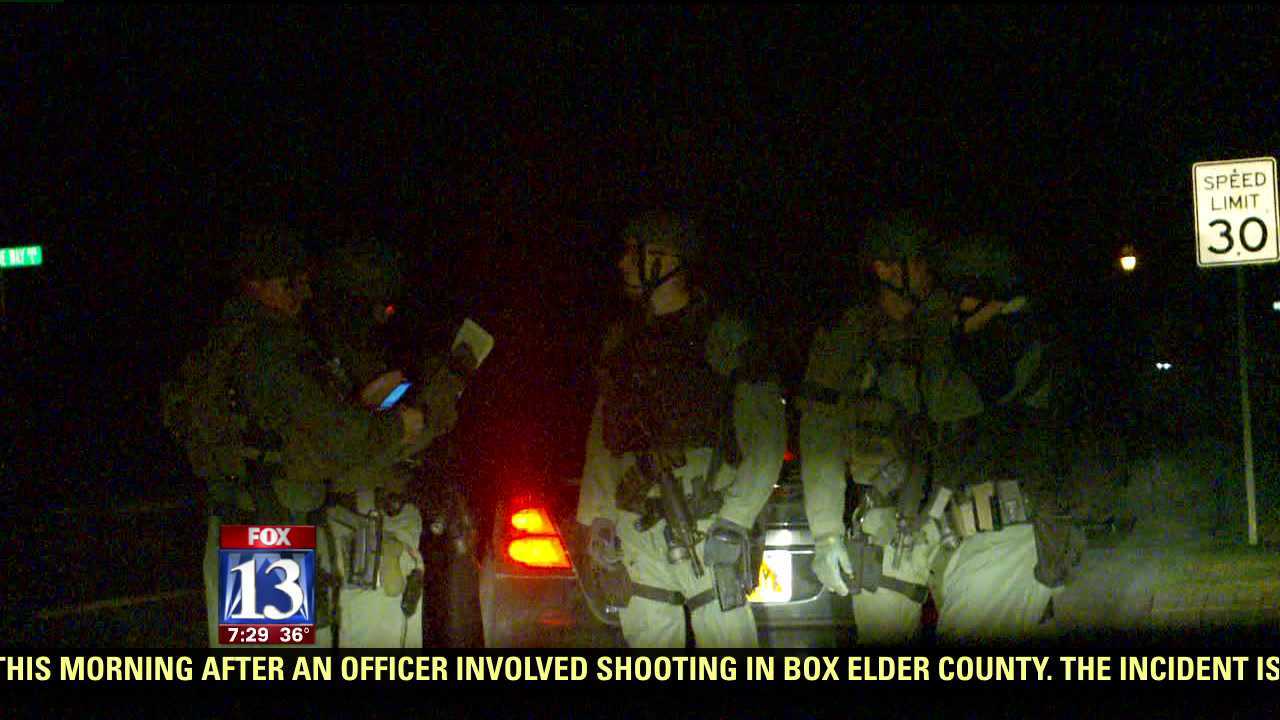 He said as officers arrived they heard five to six shots fired, and witnessed a white Cadillac leaving the scene.

Police tried to make contact with the people in the home, but the suspects barricaded themselves inside.

"They immediately barricaded and would not work with the officers," said West Jordan Police Sgt. Drew Sanders.

The SWAT team was called in to try and negotiate with the people inside the house.

"They had police cars all over the place out here and they had the house surrounded and they had this megaphone going. And it was loud," said neighbor Mitchell Yates.

At around daybreak, SWAT team stormed in and were able to peacefully end the standoff. Six men and one woman were taken into custody.

Police didn't find any guns inside the house and believe the people in the white Cadillac may have carried them away. The shooting is still under investigation.

Police say they don't have a history with the renters since they'd just moved into the neighborhood, but neighbors say the residents frequently have parties, but Saturday morning's was particularly loud.

"They're partying, they're out here, they're bringing bottles," said neighbor Mike Simpson.

The partiers will face misdemeanor charges for disturbing the peace, resisting arrest and disorderly conduct. They haven't arrested anyone for the shooting yet.