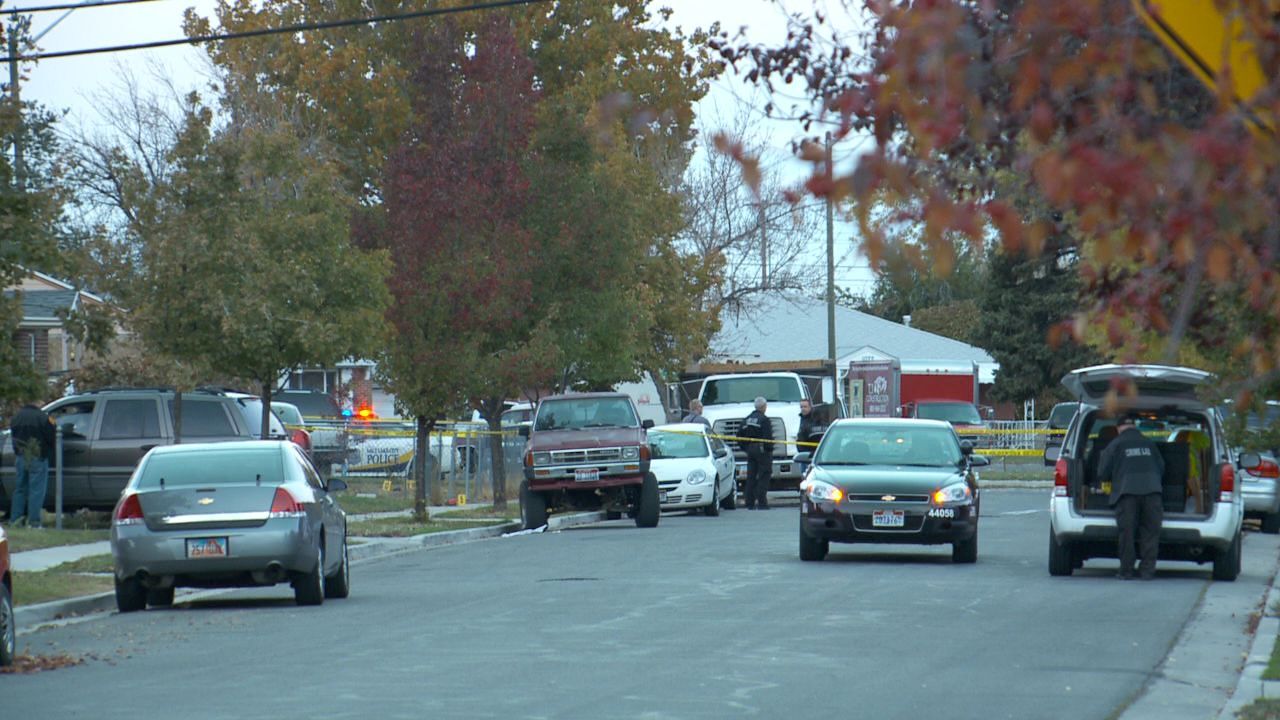 SALT LAKE CITY - A man died Sunday morning after a party ended with a shooting in Glendale.

Witnesses say that a party at a house located at 1094 South Glendale Drive in Glendale had been going on for hours. At around 5 a.m. Sunday, neighbors say they heard a fist fight, screaming and a single gunshot outside.

"Right after the shot, it got quiet and that's when I heard the guy being really loud and saying, 'Well shoot me then, what you're going to shoot me? Do it,'" said Brianna Manta, a nearby resident.

When police arrived at the house after receiving reports of shots being fired, there was nothing going on, but a short time later, there were reports of a gunshot victim being transported to Intermountain Medical Center by a friend. That victim, identified as 20-year-old Valentin Sigala, Jr., died before arriving at the hospital.

Police say the suspect in the shooting has been identified as 22-year-old Phillip Lucero. He is described as Hispanic, 5 feet, 6 inches tall, about 170 pounds with brown eyes and black hair. He has a tattoo on his right arm.

Witnesses to the shooting say the suspect was driving a beige 2002 Chevy Trailblazer with Utah license plate Z51 0WA. Investigators say Lucero may be heading to Nevada where he has acquaintances. He is considered armed and dangerous.

"We do believe he armed and dangerous so we are asking people not to approach him, however we would encourage you to call 911 and let us know," said Lt. Josh Scharman, Salt Lake City Watch Command.

Anyone with information about the incident or about Lucero is asked to contact Salt Lake City Police at 801-799-3000. Anonymous tips can also be sent by texting TIPSLCPD plus information to CRIMES (274637) under case #12-188041.