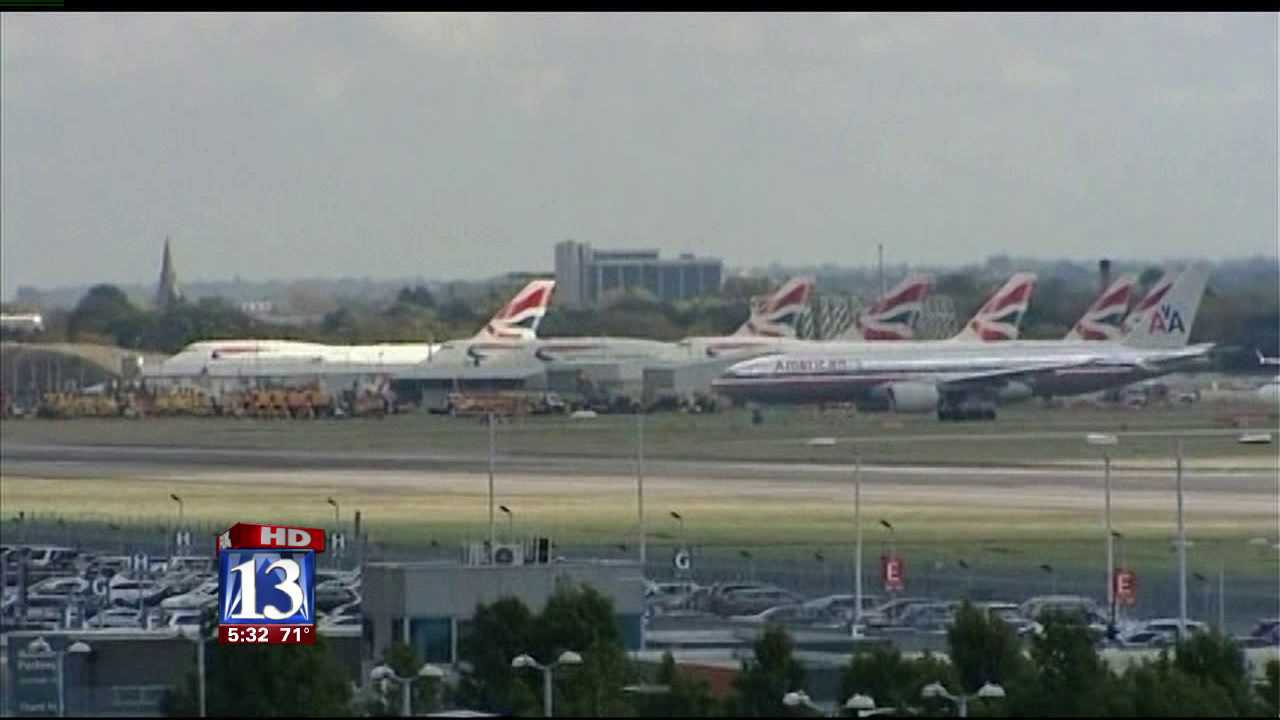 NEW YORK (CNNMoney) -- Airlines have canceled thousands of flights ahead of tropical storm Sandy, and stranded travelers shouldn't expect any relief until the weekend.

Cancellations have been announced for flights going to and from East Coast cities such as New York, Boston and Washington, D.C., and also for flights as far west as Pittsburgh and Buffalo, N.Y. According to FlightStats, more than 10,000 flights have been canceled since Saturday, including more than 7,400 Monday and 1,814 so far for Tuesday.

But the good news is that the tropical storm is happening during a slow travel season -- between summer and the holidays -- which will minimize the number of flights disrupted, according to Farecompare.com Chief Executive Rick Seaney.

"Barring significant airport damage, flight patterns should be back to normal by the end of the weekend," he said.

Tropical storm Sandy, the so-called "Frankenstorm," is expected to make landfall in the New York-New Jersey area after cutting a destructive swath through the Caribbean. But having said that, it should be less disruptive than the Icelandic earthquake that paralyzed European air travel in 2010 with its colossal cloud of ash.

"This is certainly bigger than [Hurricanes] Irene and Katrina [but] probably not as big as the shutdown caused by the Icelandic volcano disruptions as far as hitting the airlines' bottom lines, since the volcano lasted for many more days and recurred," said George Hobica, president of the travel site Airfarewatchdog.

In the case of Sandy, airlines and travelers had some warning of the storm beforehand, which has helped to minimize the number of people stranded.

"With airlines precanceling thousands of flights, fewer people will be stuck this week trying to return home. And airlines have had plenty of time to position their aircraft out of harm's way so they'll be ready to handle the backlog [of flights] when things calm down," said Seaney.

According to some forecasts, the storm might be leaving the East Coast behind by Tuesday.

United Continental said it has canceled 3,700 flights at major East Coast airports through Tuesday, about 16% of its total flights for the two days. The carrier is allowing passengers to reschedule affected flights, free of charge, or get a refund for a canceled flight.

Jetblue, which has canceled about 1,000 flights scheduled from Sunday through Wednesday, was a bit more cautious when it comes to resuming air travel.

"We expect to be operational the day after the storm passes," said Victoria Lucia, spokeswoman for Jetblue, which is also allowing travelers to reschedule canceled flights without being charged.

Southwest has canceled 58 flights, which is about 2% of its total traffic. The airline has less of a presence on the East Coast compared to its competing airlines, and is therefore less affected by the storm.