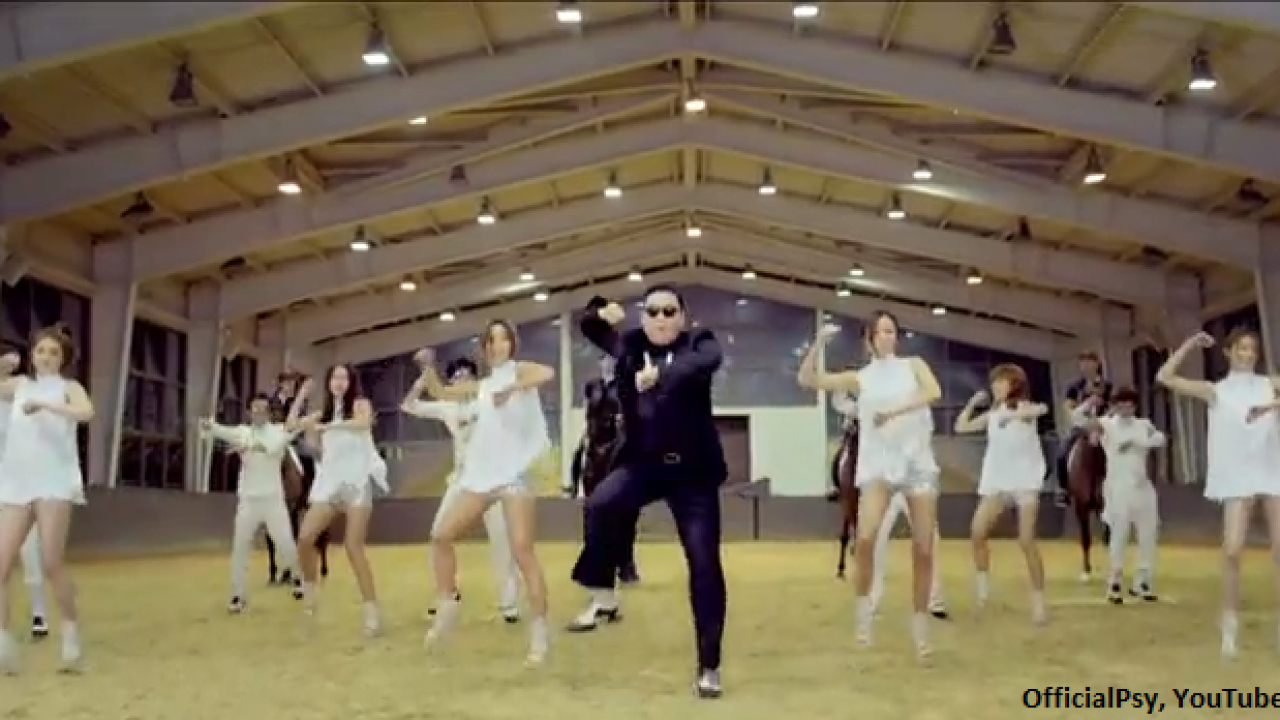 Rapper Psy on Saturday edged out the teenage pop star for the distinction of most-watched YouTube video ever, netting more than 806 million views.

Justin Bieber, who was first discovered on YouTube by a talent scout in 2008, had previously held the crown with just under 804 million views.

But the portly South Korean and his four-minute video catapulted to the front with a deluge of online viewers, while bringing his signature galloping dance to global recognition.

Clad in a tuxedo and sunglasses, the 34-year-old Psy — whose real name is Park Jae-sang — is featured and often flanked by scantily clad women as he dances.

Named for a pricey neighborhood in Seoul, “Gangnam Style” in October snatched the Guinness World Record for the “most liked” YouTube video ever.

“I described the district as normal and calm in the daytime and going insane in the nighttime,” he told CNN. “That’s what the lyrics are about.”

And if imitation is the sincerest form of flattery, Psy’s video is no slouch.

It’s inspired countless parodies, with tributes ranging from the Ohio University’s marching band to Filipino inmates and even a caricature from the North Korean government.