A man is in critical condition Tuesday after he was ejected from his car in a crash on I-215.

Utah Highway Patrol said the man lost control of his Audi A4 and hit a median near 6200 South just before 1 a.m.

Witnesses told UHP that the car was traveling at more than 100 mpg and as fast as 140 mph.

UHP said the 41-year-old Sandy man was not wearing a seat belt. He was taken to the hospital and underwent surgery.

UHP said alcohol may have been a factor in the crash. No other vehicles were involved. 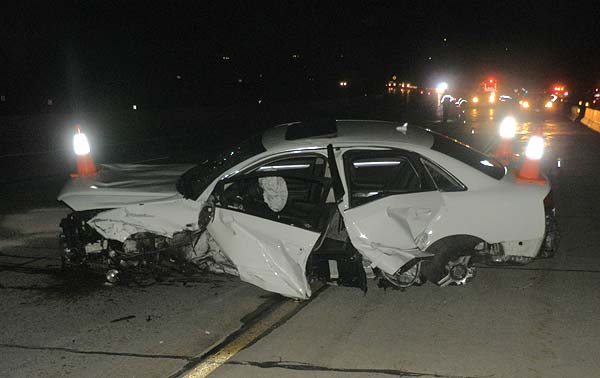