Those physical characteristics eventually aided the identification of the men, decades after they were killed on December 7, 1941, during the Japanese attack on Pearl Harbor.

Using detective-like skills and personnel records, Pearl Harbor survivor Ray Emory, 91, has made it his mission to ensure graves are properly identified at the National Memorial Cemetery of the Pacific, which fills the Punchbowl crater in Honolulu.

So far, he has aided in the identification of nine service members who died that fateful Sunday morning. 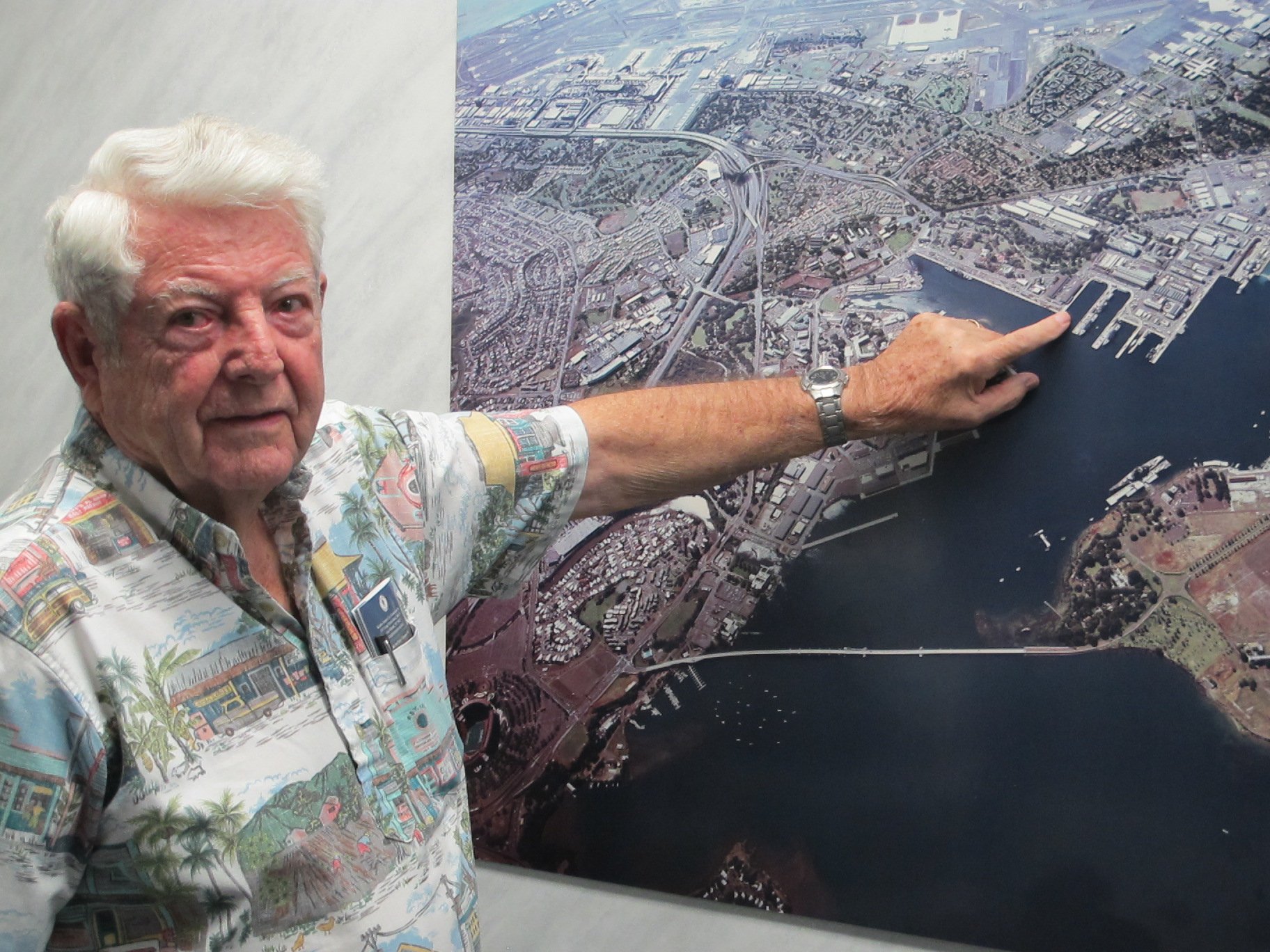 On Friday morning, the former sailor’s efforts will be recognized during a ceremony marking the 71st anniversary of the attack.

“He is bringing closure to family,” said Rear Adm. Frank Ponds, commander of Navy Region Hawaii. “It (also) brings closure to the shipmates and other survivors who served during this time.”

Emory, a native of Peoria, Illinois, was serving as a seaman first class on the light cruiser USS Honolulu that fateful Sunday morning.

Flying from aircraft carriers, Japanese pilots attacked eight American battleships, destroying two, and left a trail of death and destruction. About 2,400 people, most of them in the military, were killed. The Honolulu escaped major damage.

The attack shook America’s confidence and ushered the country into World War II.

After the war, Emory worked in Washington state before moving to Hawaii 27 years ago. The retiree began his quest, amassing records, including teeth charts.

“My first problem with the Punchbowl was they could not tell me where Pearl Harbor victims were found in the cemetery,” Emory said on Thursday.

The amateur researcher likens his time-consuming efforts to solving a jigsaw puzzle.

Emory analyzes personnel deceased files, dental records and family information, and provides his reports to the Joint POW/MIA Accounting Command, or JPAC, based in Hawaii.

The command, which identifies unaccounted-for Americans from past conflicts, takes it from there.

Emory’s research of military records first led to the 2001 identification of Seaman Apprentice Thomas Hembree, who served on the USS Curtiss.

According to JPAC, about 330 of those killed in the attack were buried in graves marked “unknown” at the Punchbowl.

In November 2003, Emory contacted JPAC, suggesting the grave of an unknown sailor could be that of Seaman 2nd Class Warren Paul Hickok. The remains were first buried in Honolulu’s Nuuanu Cemetery before being moved to the Punchbowl.

Officials used Emory’s information as a starting point for research, and they later locked in on Hickok after a second examination of remains.

“We got lucky in our re-examination of the case,” a JPAC historian wrote. “During the original processing of X-2 Nuuanu, they noted in their paperwork that he had a healed right femur. Hickok’s medical records had no indication of this injury, but when I looked at his paperwork from his enlistment to the service (paperwork that wouldn’t have been previously available), I noticed that he had written that he’d broken his right leg as a boy.”

“I learned from him firsthand we have done a lot, but there is still a lot to do to identify those who lost their lives.”

The National Memorial Cemetery of the Pacific sits in a crater that resulted from volcanic activity.

“If you have not been patriotic, once you become immersed in this environment, you become patriotic,” said Ponds. “Or you don’t have a pulse.”

The theme for this year’s commemoration at Pearl Harbor is “Coming of Age — From Innocence to Valor.”

Friday’s ceremony will include a tribute to U.S. submarine crews that served in World War II. One in five of nearly 18,000 men who served on those vessels died.

The Bowfin, launched one year to the day after the Japanese attack, is credited with making the submarine an offensive weapon, rather than just a patrol vessel. It sank between 16 and 44 ships.

Beynon went on three of the Bowfin’s nine wartime patrols. He told CNN of one close scrape when a Japanese escort vessel detected the Bowfin after a metal drawer fell. “That noise gave him an opportunity to find us,” said Beynon.

The result was 21 depth charges in about 20 seconds, Beynon said, and the submarine hurried to more than 600 feet below the surface.

Jerry Hofwolt, executive director of the USS Bowfin Submarine Museum & Park near the Pearl Harbor Visitor Center, said the boat braved a minefield in the Sea of Japan in the closing months of the war.

According to Hofwolt, those in the submarine service had a strong bond of friendship, reinforcing the phrase, “We’re all in the same boat.”