SOUTH SALT LAKE, Utah — A driver lost control of his vehicle and crashed into a power pole in South Salt Lake on Wednesday. 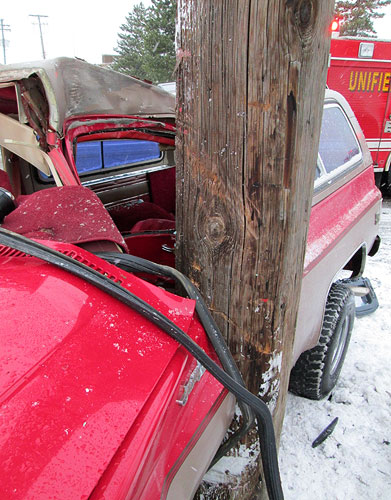 The 25-year-old driver was transported in serious condition to an area hospital.

Officer Gary Keller, South Salt Lake Police, said the vehicle was traveling northbound and speed along with the weather conditions likely contributed to the crash.

Power was temporarily interrupted to about 100 customers while crews inspected the lines. It was restored by 10:30 a.m.