SALT LAKE CITY – Salt Lake City police are searching for a suspect after a bank was robbed on Tuesday around 4 p.m.

Lt. Brian Purvis of the Salt Lake City Police Department described the incident: “And when it was his turn he presented a note to the teller demanding cash. The note intimated that he had a gun, and the teller complied with his demands, and he left in an unknown direction on foot.”

The suspect was described as 5 feet 8 inches tall. He was wearing a baggy plaid coat with a gray hood, a green ball cap, black sunglasses, black gloves and blue jeans.

Anyone with information on this robbery is encouraged to call 801-799-300. Anonymous tips may also be sent via text to CRIMES (274637), using the keyword TIPSLCPD. 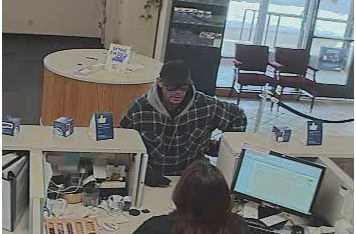