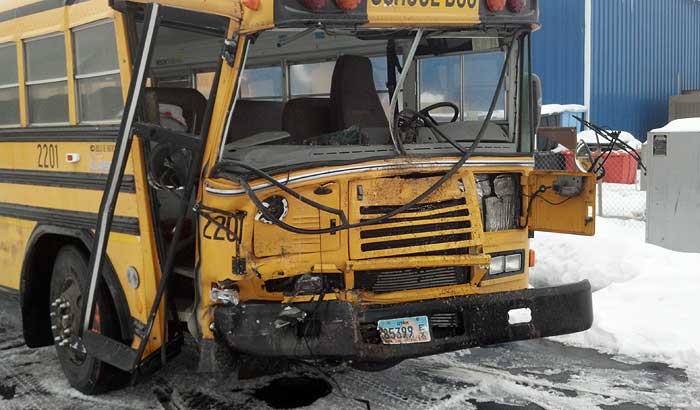 Three children were taken to the hospital also with minor injuries. One child complained of neck soreness, one of wrist soreness and a the third child incurred a minor cut on the forehead, according to Wolff.

The crash happened just before 8 a.m. as the bus was transporting students to Century Elementary School. A second bus took students on to school after the crash.

Neither the truck driver, nor the bus driver were injured.

Wolff said foggy road conditions contributed to the crash as both vehicles moves closer to the center of the road.

The Sheriff’s Office spokesman said no one was cited.