UHP officials say that a trooper was inside his patrol car investigating a crash on Interstate 70 in Clear Creek Canyon just before 5 p.m. Friday when a second vehicle lost control and struck the trooper’s patrol car.

The trooper and the driver of the other vehicle both suffered minor injuries and were transported to a Richfield hospital.

Investigators say the roads were snow-covered and slick at the time of the crash and that the driver of the second vehicle was driving too fast for conditions. 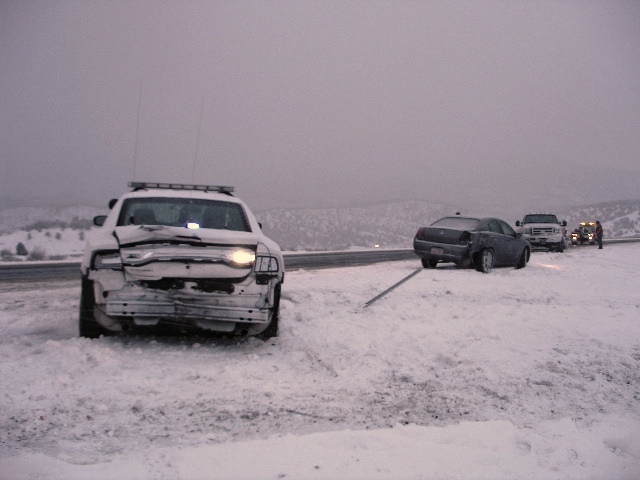