WASHINGTON COUNTY, Utah — A high-speed chase that reached speeds of up to 115 mph and went from Arizona to Utah ended with a car wreck as the suspect moved into oncoming traffic.

The chase began on I-15 in Arizona near mile marker 5 when Arizona Department of Public Safety officers attempted to stop an SUV for a traffic violation, according to a press release from the Utah Highway Patrol.

UHP troopers were able to set up spikes on the road in Utah at mile marker 1.5, and the right-side tires of the suspect’s vehicle were deflated.

The suspect continued north-bound on I-15 for more than a mile before crossing the median into the south-bound lane. A Subaru traveling south was in the left lane and attempted to move out of the way, but the suspect’s vehicle crashed into it.

The suspect’s vehicle rolled several times before coming to rest on its wheels about 100 feet away from the point of impact. The driver of that vehicle, 34-year-old Zane Sterling Skeen, was ejected from the vehicle.

Skeen was transported by helicopter to the University Medical Center in Las Vegas. The two occupants of the Subaru sustained minor injuries and were taken by ambulance to Dixie Regional Medical Center.

Police are still investigating Skeen’s motive for attempting to flee. The Utah Highway Patrol is investigating the crash, and The Arizona Department of Public Safety is conducting a criminal investigation. 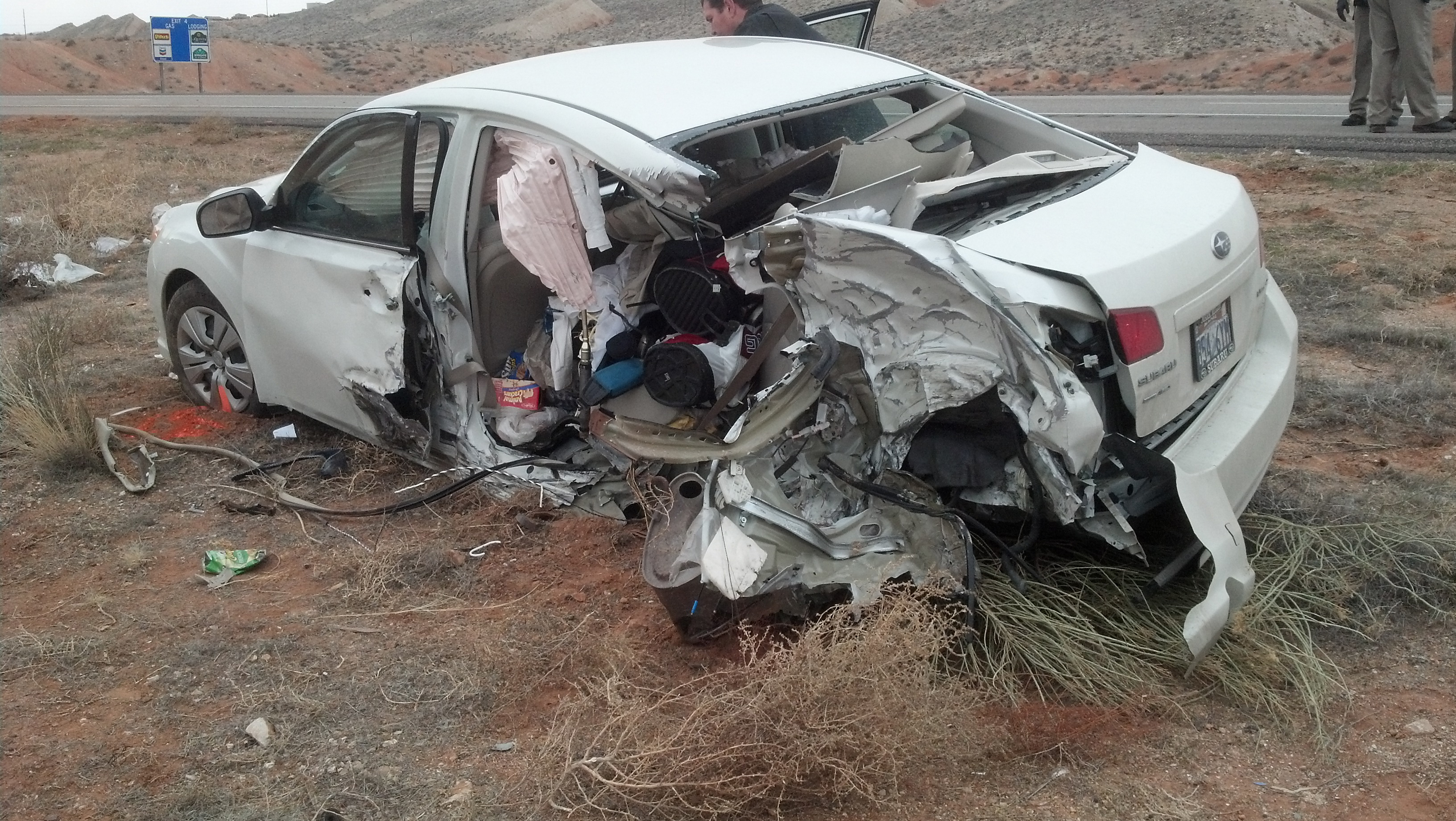