OGDEN, Utah — Two people were injured when an SUV lost control and slid into a Utah Highway Patrol vehicle; this is the 16th UHP vehicle to be hit in 2013.

Two UHP troopers were stopped to investigate a crash and provide traffic control near mile marker 344 in Ogden on Saturday at about 12:45 p.m. The driver of a Ford Escape, a 79-year-old male from Canada, lost control of his vehicle and slid into the patrol car, according to a press release from the Utah Highway Patrol.

The trooper saw the Escape coming, and he put his vehicle in drive to avoid a collision but was hit. The Escape rolled on its side. The driver of the Escape was transported to a hospital in critical condition with a head injury. The trooper was taken to a hospital with minor injuries but has been released. There were no other injuries.

The highway patrol said they are averaging two troopers hit each week, and they ask drivers to slow down and use caution when they see accidents or are driving in winter conditions. 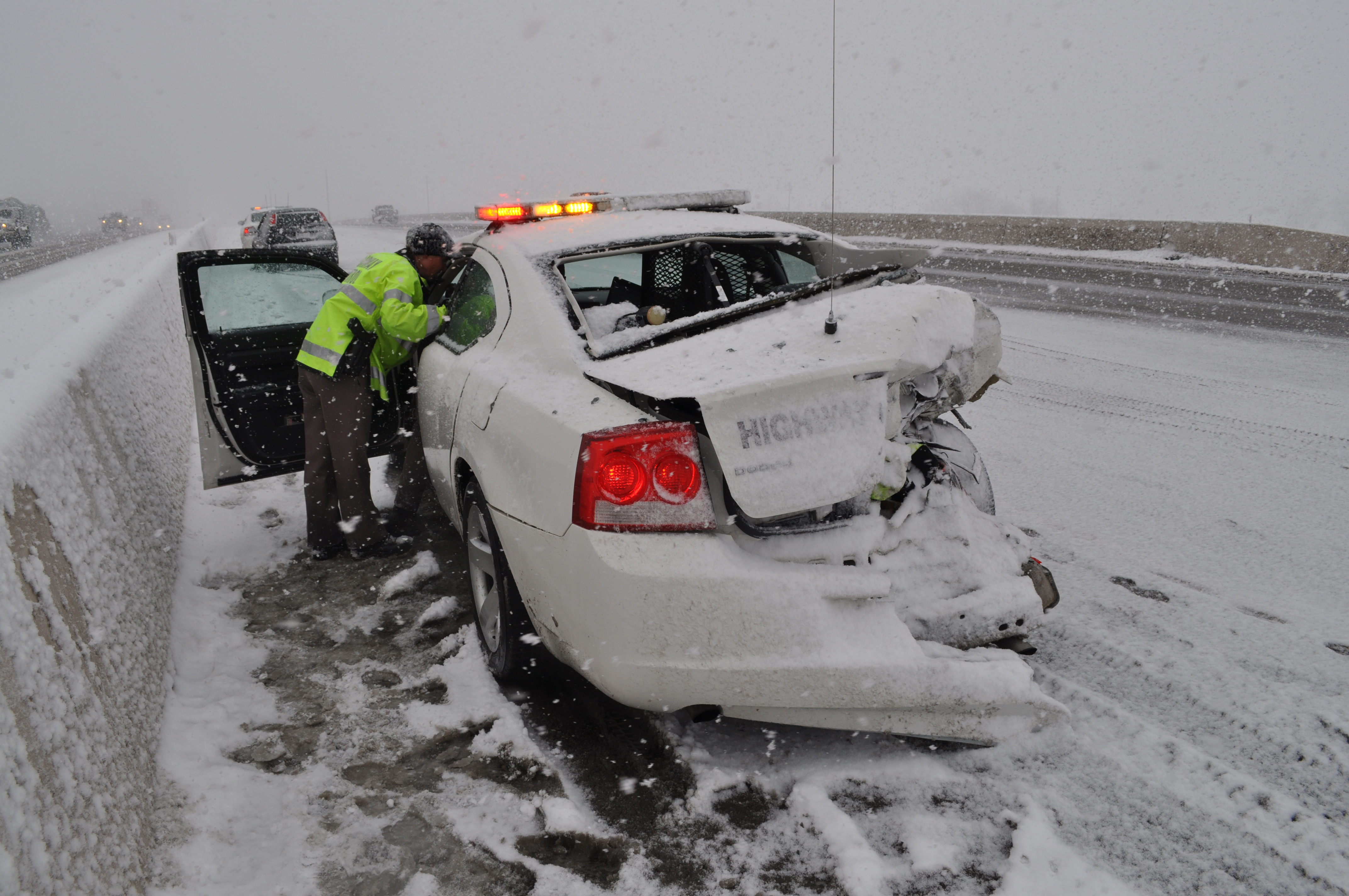