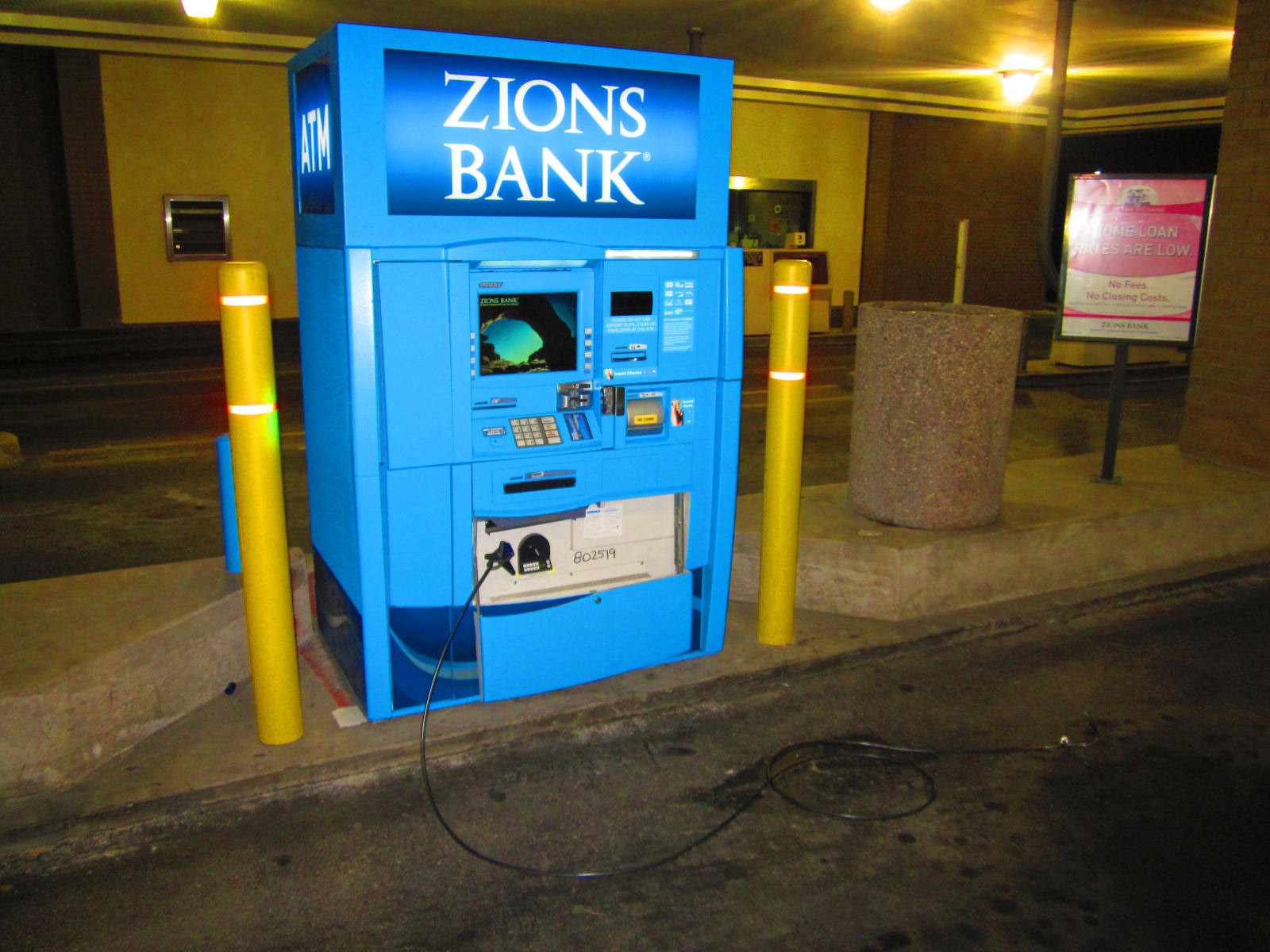 SOUTH SALT LAKE, Utah — South Salt Lake police are searching for two suspects who tried to steal from an ATM using a steel cable, and ended up causing about $1,000 in damages to the machine in their failed attempt.

The two suspects came to a Zions Bank ATM safe, 3880 South and 700 East, at around 12:30 a.m. on Sunday, according to a press release from the South Salt Lake Police Department.

The damage to the ATM machine was discovered by a hospital worker who called police at around 4 a.m. to report the incident.

The security cameras at the bank recorded the entire event, and police are hoping the images of the suspects and their vehicle will help the public identify those responsible.

The suspect’s vehicle is an older model white Ford truck with a large white tool box mounted in the truck bed. The truck has distinct striping on the side—three faded blue or light purple stripes. The passenger side, rear-wheel panel is rusted out. The license plate was covered by cardboard during the attempted theft.

The first suspect is described as a white male with a medium build. He was last seen wearing a dark-colored hooded sweatshirt and baggy shorts.  He had slip on gym shoes, a wedding ring on his left ring finger, a ball cap worn backward and a blue bandanna.

The second suspect was seated in the passenger seat, and only his arm was visible in the video.

Anyone with information regarding the incident, the suspects or the vehicle is encouraged to contact the South Salt Lake Police Dispatch at 801-840-4000.