RIVERTON, Utah – Two people are in critical condition after a 4-car crash on Bangerter Highway in Riverton.

The crash happened just after noon near 12600 South and Bangerter Highway.

South Jordan Police officials say an SUV was traveling south on Bangerter when it rear-ended a Honda Civic that was stopped at the intersection of 12600 South. That collision forced the Civic onto its roof, and it hit another SUV and a minivan also stopped at the light.

Two people in the Civic were taken to the hospital via ambulance in critical condition. The eight other people involved in the crash had minor injuries and didn’t have to be transported to the hospital. 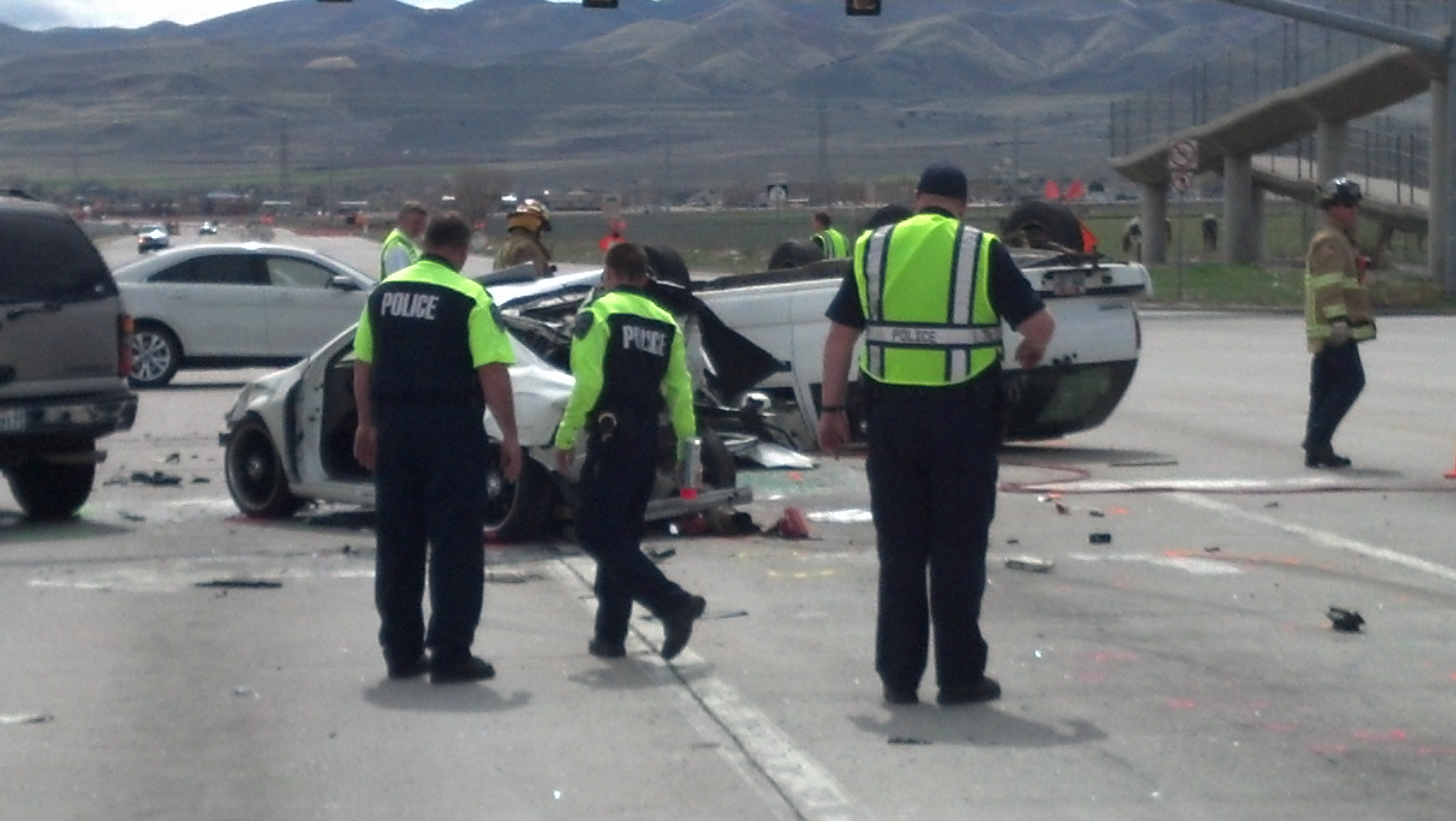